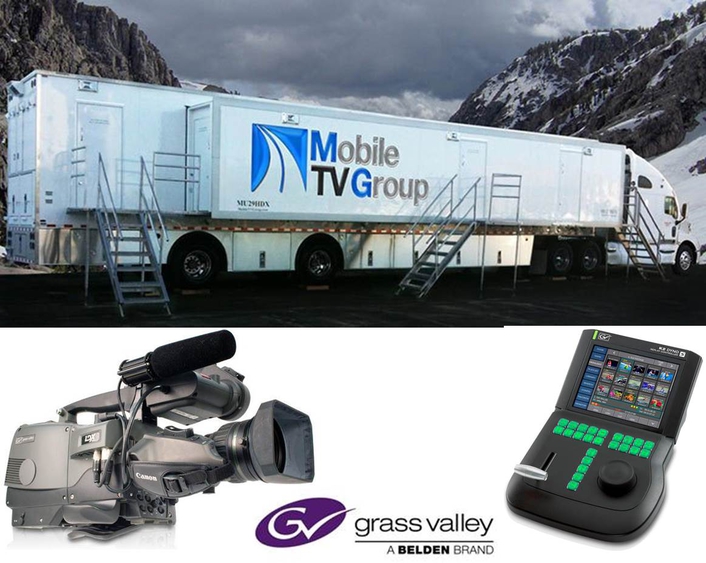 MTVG operates one of the largest HD mobile production fleets in the United States, providing trucks for roughly 4,000 live sports and entertainment events each year. It has been working with Grass Valley for many years and owns more than 250 of the company’s cameras and 28 of its production switchers. This is its first K2 Dyno purchase.

According to MTVG’s general manager Philip Garvin, the company had planned to use the LDX XS and K2 Dyno on a field trial-only basis with its clients. However, the MTVG team was so impressed with the overall quality of Grass Valley’s 6X workflow during the trial that they decided to move forward with a purchase and put the full systems to use immediately.

“Initially this began as a test run with FOX Sports regional networks and Root Sports at the spring training baseball games, but after we saw the stunning image quality and ultra slow-motion instant replays from the new workflow, we decided to go ahead and order the gear immediately,” said Garvin. “This is an outstanding development in super slow-motion and ultra slow-motion production, and we expect it to be a real game changer in the industry. The 6X images from the LDX XS captured such fine detail, and the speed of the K2 Dyno, which includes AnySpeed dynamic playback, was truly unmatched.” MTVG plans to incorporate additional 6X workflows from Grass Valley into its mobile fleet within the next two years.

“Grass Valley has always been a company of pioneering firsts in the broadcast industry. We believe the new LDX XtremeSpeed camera coupled with K2 Dyno’s AnySpeed technology is a real-game changer," said Mike Cronk, Senior Vice President of Strategic Marketing, Grass Valley. "Together, broadcasters can both capture and playback high-speed events with exceptional clarity like never before. We’re so pleased with MTVG’s role in partnering with us to successfully trial this ground-breaking technology.”