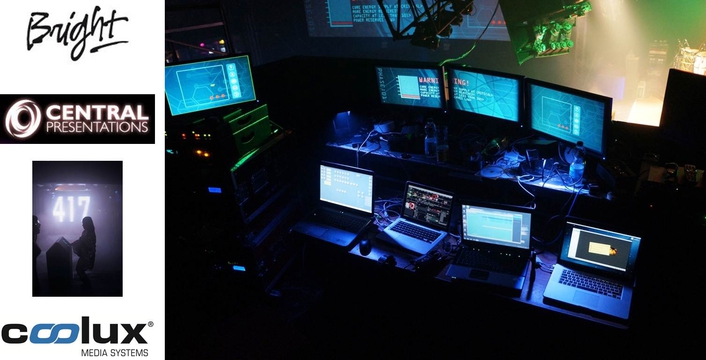 As the guests entered the POWER themed night club interior, they were greeted by four futuristic iPad based scanning stations, where it was possible to have one's hand scanned. With every hand that was scanned this way, an updated digital counter number appeared on a big VersaTUBE wall. The visitors played an active part in an innovative narrative where every new scan added to the overall "power" needed to trigger the ecstatic beginning of the party.

The main interactive elements were all programmed using coolux’s Widget Designer, with the realtime video feed having been pixel mapped in Pandoras Box 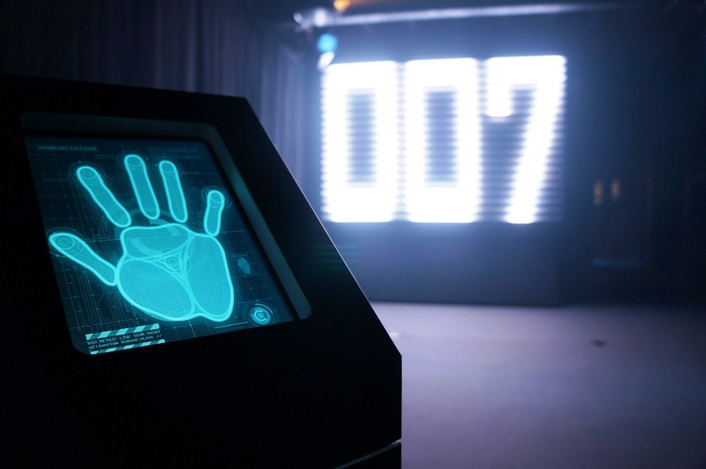 Not only the VersaTUBE setup, but also a huge projection screen was constructed by Flat Earth and illuminated by three 10K Panasonic projectors. The image content displayed on the impressive screen was composited, warped and edge blended using the Pandoras Box's built-in 3D mapping tools.

”The ability to exploit HTML5 to create a wonderful animated “app” for the users to interact with, and have the whole system respond to it was second to none. The speed with which we were able to design, build and implement this system was it’s strongest point, we had a working protoype in just a few hours. We then used widget designer onsite to cue all the areas of the nightclub, including audio and video. This was all through a single control surface. We were able to monitor the iPad system live, as well as controlling all elements of the show. It proved Widget designers versatility, and for me it has almost become equally as vital a tool as the media servers it controls.”

The overall setup was greeted with great enthusiasm by all those attending the highly successful corporate party.