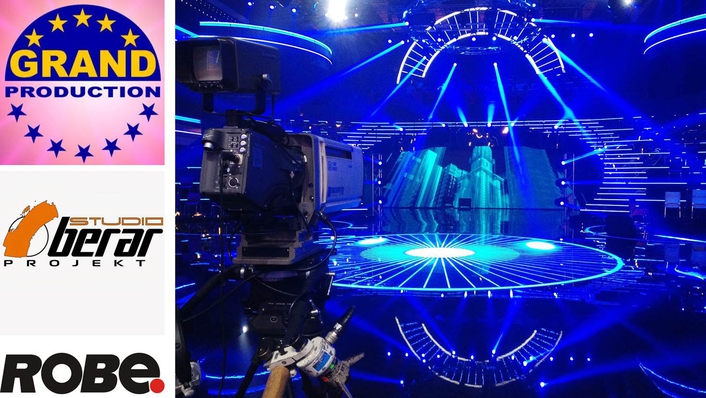 The company produces a host of different ‘Grand’ branded TV programmes including all the popular music television shows in the region including The Fantastic Show, People Pie and Grand Stars which are broadcast on the First Serbian TV channel, on OBN in Bosnia & Hertzegovina and Kanal 5 in Macedonia.

Grand Production also manages some of the best known Balkan pop and folk artists. They will often feature on their music programmes which can be an important gateway to stardom. The company’s busy schedule also includes other music based showcases like Grand Festival. 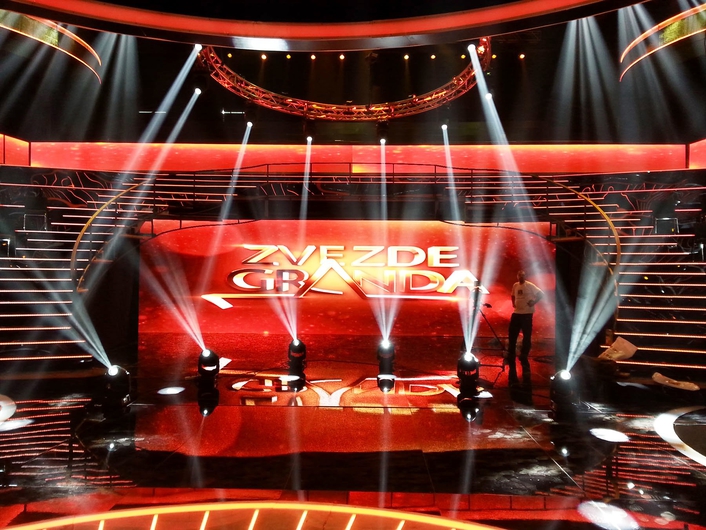 This latest installation of Pointes is to support the production of a new series of “Grand Stars” and the units were once again specified by Grand Production’s main Lighting Designer Goran Kravic and DoP Nenad Miskovic.

It follows highly successful Robe installations in Studios 5 and 7 of the same complex.

The cameras move 360 degrees around Studio 1, so the lighting is designed with this spatial concept in mind, and the new Pointes are helping to make this latest series look great both on camera and for the live studio audiences.

Grand Production’s first investment in Robe moving lights was back in 2007 with ColorWash and ColorSpot 575E ATs and ColorSpot 1200E ATs. They had confidence in Robe right from the start, ordering 90 units in total, and these lights have worked hard and very reliably ever since, and so the brand loyalty has continued.

The first purchase of Pointes was in 2013 and this was followed by the delivery of two more batches of Pointes in 2014 when both Studios 5 and 7 had their lighting rigs upgraded.

The Pointes were such a hit that there were no qualms in again choosing Robe’s best-selling multi-purpose fixture for the new Studio 1 lighting re-fit in this sale, which was co-ordinated for Studio Berar Projekt by Aleksander Kruscic.

The compact size and light weight of the fixtures plus the fact that they can be rigged by one person were all key to the initial choice. 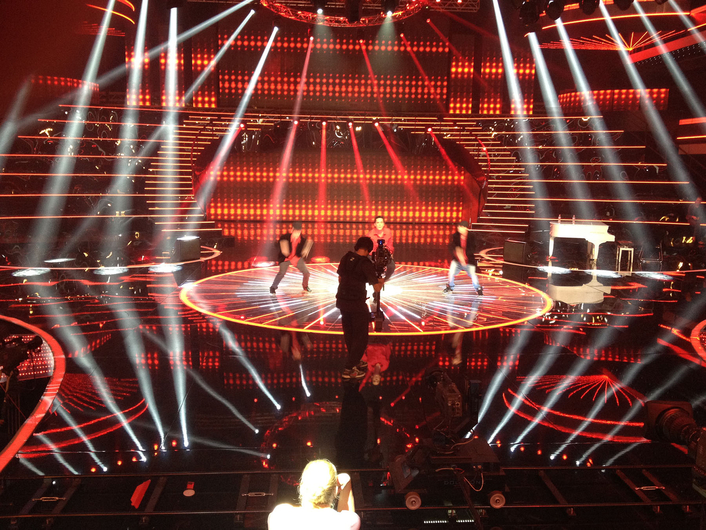 In terms of features and functionality, Goran is impressed with the speed of the Pointe’s pan and tilt and the “Excellent” 6 and 8-facet prisms which can be combined with gobos and haze to “Create gorgeous effects”.

He adds that the colour wheels are also fast, allowing the creating of super-quick chases bumping between colours – excellent for music applications.

Meanwhile, the frost “Completely transforms” the basic look of the beam reflector.

The 2000 hour guarantee on the lamp, the touch-screen display on the unit and ArtNet compatibility all help make the Pointe “Several steps ahead of the competition,” in his opinion.

He thinks Robe has a commitment to “Real innovation” in their product development and of course, Grand Production continue to receive outstanding on-going service and support from Studio Berar Projekt. 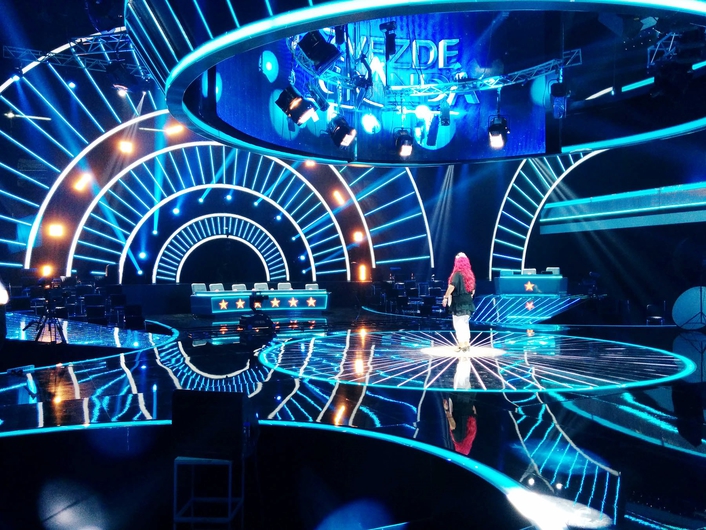 The annual Grand Stars competition – staged since 2004 - will select the newest rising stars to join the Grand Production team. The format resembles that of Idols, where Grand Production boss Sasa Popovic first scours the country with a team of talent scouts looking for potential new artists, and hundreds of applicants are whittled down to a final 10 from which the public choose the winners.