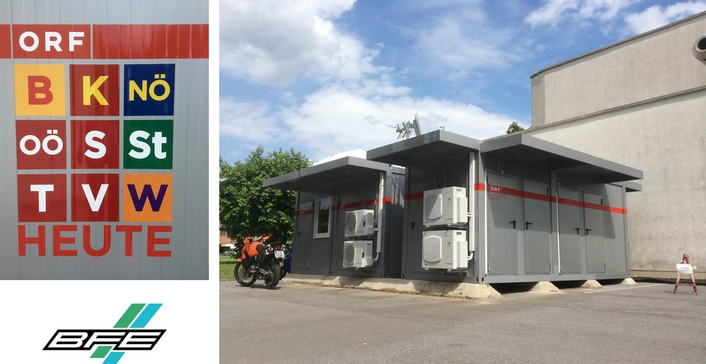 ORF Regional Studio in Graz
The first container with a broadcast production station went on the air in Graz (Styria) in July 2014 within the context of the modernization of the broadcasting and production stations in the Austrian Federal States.

Since the nine ORF regional studios only have one TV broadcast production station each, a provisional arrangement was necessary for upgrade featuring HD technology. This involved preparing two container broadcast production stations first and to use these temporarily at the respective regional studio until the regular equipment is up and running again. 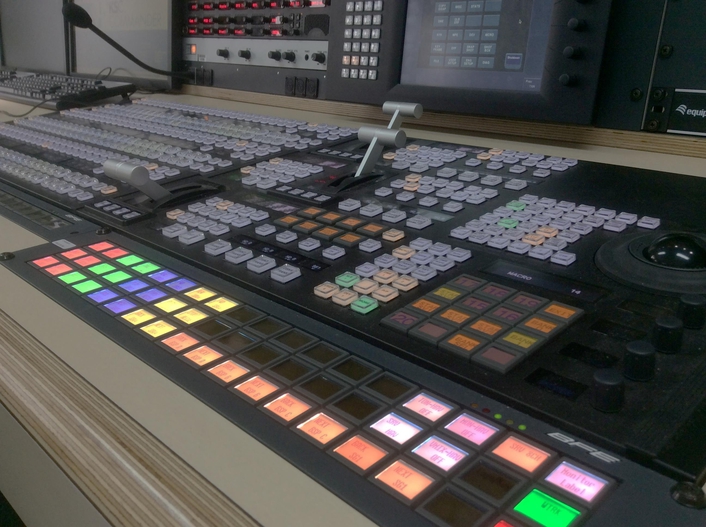 ORF once again chose the same equipment in their regional studios as is currently being used in their RP11 control studio and the OB vans FÜ31 and FÜ32, namely the KSC Commander System by BFE. A redundant server pair was selected for the regional studio containers, supplemented by two KSC Pilot workstations.

The well thought-out workstation layout and design make it possible to flexibly handle full-fledged HD productions with the limited space available in each container. 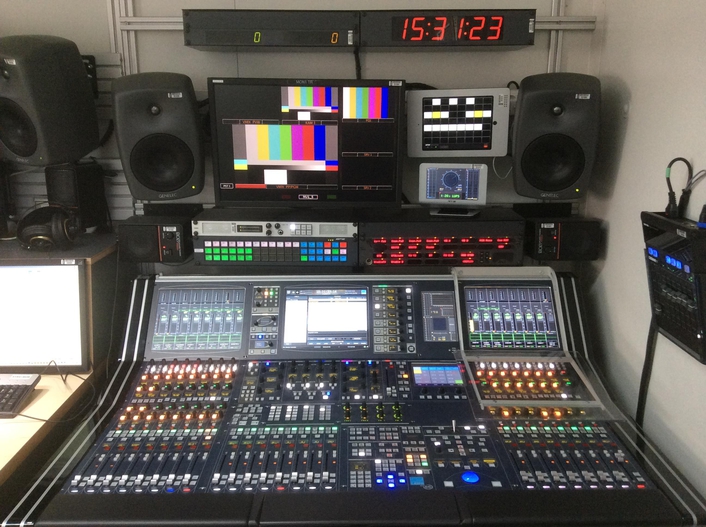 The operating concept was characterized by a sophisticated control scheme implemented with KSC control panels of the BD IS series. The goal was to make available, if possible, all video and audio functions as well as video server control functions on multiple control panels. The KSC system was also used in interaction with the Sony MVS 6530 vision mixer to create a damage protection concept for server playback as well as transmission line switching. 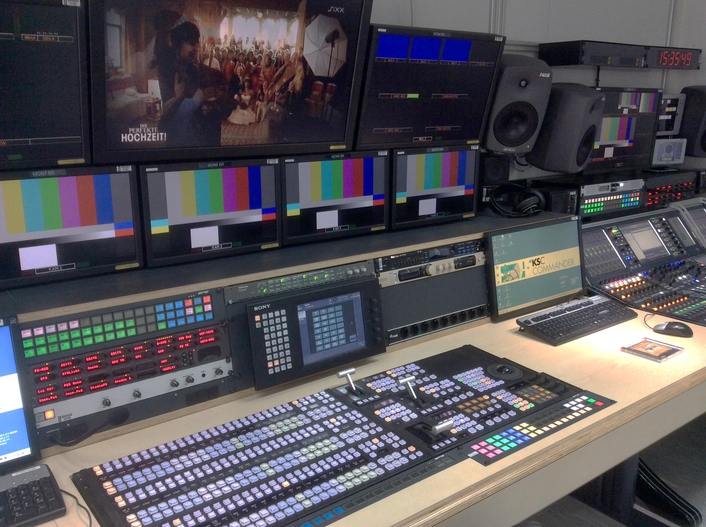 Audio broadcast productions are accomplished with a KSC iCommander and a BD54-IS in conjunction with an Apple© iPad.