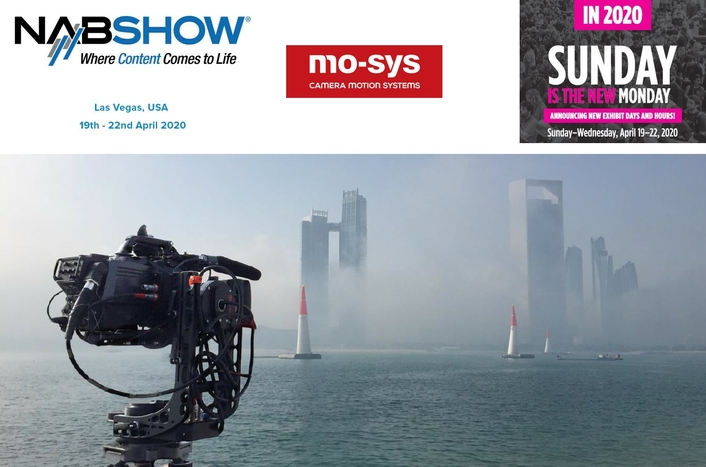 Mo-Sys Engineering, a global leader in real time camera tracking and camera remote systems, will demonstrate how to remotely operate cameras on the other side of the world, without perceived delay, with the launch of TimeCam. The solution will be shown onsite with a link between Mo-Sys’s two points of presence at NAB2020, on booths C5047 and N5333 (Future Park). The two booths also allow Mo-Sys to reveal the latest in virtual studio and augmented reality: Unreal Unleashed.

TimeCam represents a triple benefit to production companies. First, there is the saving in cost and environmental impact in sending camera operators to site. Second, it means that the most in-demand operators can be much more productive, providing excellent coverage at a live event each day rather than losing time through travel. Third, it means that you can add cameras to your coverage without adding headcount: for instance, a downhill ski race might have eight cameras along the course, with one operator controlling cameras 1, 3, 5 and 7 and a second controlling 2, 4, 6 and 8.

“’Traditional’ remote production puts the control back at base, but still needs camera operators to travel to the location,” explained Mo-Sys CEO Michael Geissler. “By compensating for latency in transmission and compression/decoding, TimeCam means that operators too can stay at base and be much more productive by operating on several events, when normally they could only be on one.”

As well as unveiling TimeCam, Mo-Sys will also demonstrate its flagship virtual studio technology StarTracker, which uses a constellation of dots on the studio ceiling as a camera tracking system. This is now extensively used by many prestige broadcasters to provide the tracking for augmented reality studios and is increasingly being built-in to studio cameras.

Whereas most virtual studios use a proprietary graphics system which in turn uses the Unreal gaming engine from Epic Games, StarTraker Studio (in a 19” rack) now features the plug-in Mo-Sys VP which we like to call Unreal Unleashed, a direct interface between the camera tracking and the UE4 render engine. Through the plug-in, control is direct, and no other software layer is wrapped around the Unreal Engine allowing full access to the latest UE4 features.

At NAB, the complete system will be demonstrated as a turnkey package including the computer and video hardware. In a small, wheeled-rack cabinet there is sufficient power to render for 16 concurrent 4K cameras in real time, using just two render engines and one Ultimatte keyer.

“Both TimeCam and StarTracker with Unreal Unleashed are transformative technologies, capable of bringing new creativity and productivity to the broadcast and movie worlds, allowing sophisticated productions around the globe,” Geissler said.

About Mo-Sys:
Mo-Sys is a world-leading provider of camera tracking and camera robotic systems supplying to broadcasters such as BBC, Sky, Fox, ESPN, CNN Discovery Channel, The Weather Channel and Netflix among many more. With a passion for innovation and design, Mo-Sys are at the forefront of live AR and virtual production technology with their StarTracker camera tracking system now powering more than 100 virtual TV studios around the world.