Mo-Sys Engineering, world leader in precision camera tracking solutions for virtual studios and augmented reality, collaborated with talkRADIO, the UK’s leading commercial radio news service, to create a turnkey virtual production environment which was first used for coverage of the US presidential election. talkRADIO, part of Wireless Group, a division of News UK, live streams twenty hours of its output every day, for those listeners using devices with screens. With the US election approaching, talkRADIO was looking for new ways to engage audiences and satisfy advertisers. Going beyond simply putting cameras into radio studios, it wanted to create a rich virtual environment. 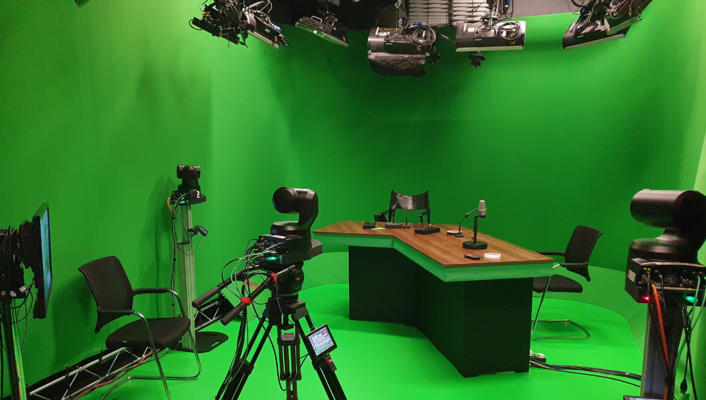 StarTracker Studio delivers in time for US election coverage

“We wanted our small studio space to look big, to look luxurious,” said Nick Prater, Head of Broadcast Technology for Wireless Group. “Mo-Sys could provide the complete solution, and they understood that we wanted it to look real. Getting the textures and the lighting right in the virtual studio took time, but the Mo-Sys designers understood what we wanted and delivered it.”

In any election broadcast, even without the complications of Covid-19, there is a need for flexibility as the guest list changes, and contributions come in online – usually Zoom – as well as in person. Using a combination of Panasonic PTZ cameras with StarTracker PTZ tracking systems, enabled the cameras to be moved dynamically within the virtual studio, simplifying studio set up and allowing complete creative freedom.

"talkRADIO has a strong, loyal audience and excellent broadcasters,” said Michael Geissler, CEO of Mo-Sys. “What we achieved with this project was to bring them closer together in a new way, to improve the broadcasters’ engagement with the audience. This is absolutely unique, a completely new way of visualising radio.”

talkRADIO’s Nick Prater added, “After the broadcast I spoke to a television executive who said of our coverage ‘that looks really good – as good as television’. For a small radio team, supported by Mo-Sys and with just four weeks to put it all together, I think we achieved something remarkable. This is a sensational achievement that delivers for our audience and pushes the boundaries of radio visualisation.” 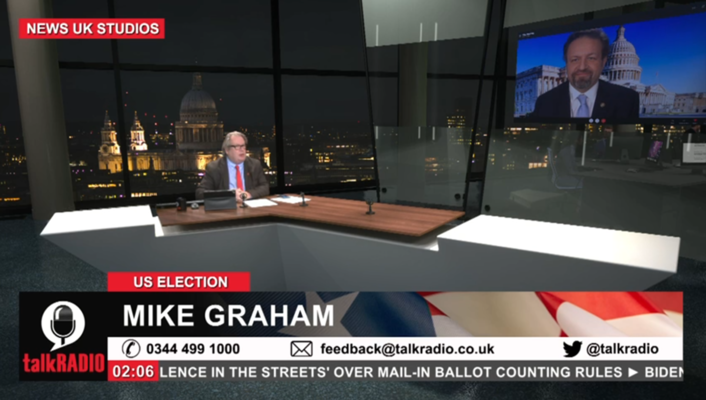 The next outing for the talkRADIO’s virtual production environment will mark the end of the December Covid-19 lockdown in the UK, bringing reports from all around the country into the studio.

About talkRADIO
Launched in 2016, talkRADIO is a speech radio station broadcasting across the UK on DAB+ and online, with a stellar cast of presenters including Julia Hartley-Brewer, Mike Graham and Dan Wooton. It delivers lively political debate, passionate guests, no-nonsense broadcasting and presenters who aren't afraid to let you know what they think. Each day talkRADIO streams 20 hours of live visual output to its growing audience via YouTube, Facebook Live and Twitter.