Miranda Features the Future at BroadcastAsia 2013

.
Miranda Technologies, a Belden Brand, a global provider of integrated solutions for production, playout and delivery systems for television broadcasters and multi-system operators, has announced that it will showcase its class-leading Kaleido-MX and Kaleido-Modular-X multiviewers series at Broadcast Asia 2013. 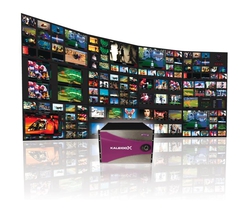 Kaleido-MX and Kaleido-Modular-X
Credited with inventing the modern multiviewer, Kaleido-MX and Kaleido-Modular-X extend Miranda’s leadership with no-compromise video scaling quality that delivers true “any source, anywhere” processing that enables the operator to place any signal on any display at any size. Sources can repeat on up to four different displays without the need for an additional multiviewer. With configurations ranging from 8x1 up to 24x2 in 1 RU, and up to 48x4 in 3RU, Kaleido-MX is equally at home in large studios and outside broadcast trucks.

Kaleido-Modular-X is a modular version optimized for space, power and weight considerations. Each takes advantage of Miranda’s unique FlexBridge technology to reduce cabling requirements and remove the risks associated with HDMI extenders. FlexBridge is a coax cable interconnect that enables input and output modules to be connected within a frame or across multiple frames. For example, input modules can be installed in a frame adjacent to a router while output modules can be installed in a separate frame adjacent to the display. This enables input/output cards to used as building blocks to simplify system design. To further simplify connectivity between its routers and multiviewers, Miranda will also feature its new “M3” cable, a single, bundled router cable that replaces up to 16 coax cables from router to multiviewer.

Miranda has also launched a significant upgrade to its NV9000 Router Control System which includes an all-new tieline management architecture that is more efficient and scalable that ever, even when using hundreds of tielines.

iTX Render Service
Miranda’s iTX Render Service automates and manages rendering of Adobe After Effects projects into fully finished graphics, ready for playout from an iTX integrated playout platform or Vertigo Suite graphics device. The service eliminates the need to use real-time character generators to play back graphics templates and enables graphics departments to produce stunning visuals and text effects with no limit on creativity, all within a familiar and popular authoring tool. 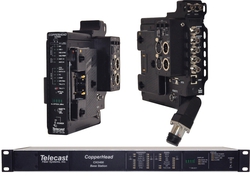 SME-1901 Streaming Media Module
The SME-1901 streaming media encoder is designed for a wide range of IP-based monitoring applications, including use as an in-plant CATV replacement to provide IPTV access to multiple sources for anyone who requires access over in-house IPTV.