Miranda to Demonstrate Depth of Integration at IBC 2013

New multiviewer series and 4K UHDTV to be featured
Miranda Technologies, a Belden Brand, a global provider of integrated solutions for production, playout and delivery systems for television broadcasters and multi-system operators, will feature the strength and depth of its range of broadcast solutions at IBC 2013.

The new Kaleido-MX and Kaleido-Modular-X multiviewer series, making their first IBC appearance, combine weight, space and power efficiencies with no-compromise video scaling quality for true “any source, anywhere” processing. Kaleido-MX is designed to be easy to select, configure and install, whether in large studios or OB trucks. 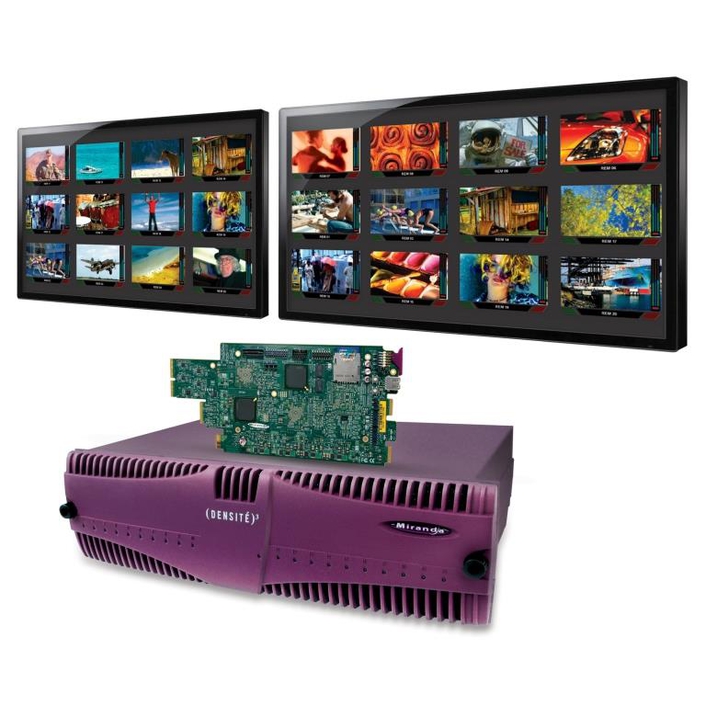 Kaleido-Modular-X input/output cards enable monitoring systems to be created within a 3RU, air-cooled Miranda Densité 3 frame. The Kaleido-Modular-X modules use a powerful CPU to drive advanced features and provide excellent video and graphics quality, including the ability to split processing between frames.

Miranda’s commitment to high-level integration that saves broadcasters space, power and money is central to its IBC display and is embodied in the NVISION 8500 Hybrid Router Series Frame Sync Input Card. The card, which supports 3Gbps, HD and SD, contains eight input ports for easy synchronization of incoming wild feeds or signals moving between facilities.

Miranda’s routers, including the 4K UHDTV-enhanced NVISION 8500 Series are optimised with SMPTE RP-168-compliant, quad-link 3Gb/s switching for the efficient handling of 4K links. With a wide range of 4K-enabled, hybrid audio/video switching and processing modules, plus support for long-distance fiber cable runs, Miranda routers already offer a range of reliable 4K capabilities suitable for any application. 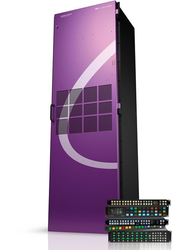 Telecast Fiber Solutions will showcase connectivity specifically designed to exploit the advantages of lightweight, easy to install fiber with its CopperHead 3404K camera-mountable transceiver, which needs only two strands of fiber optic cable to carry all bi-directional signals, including four 3Gb/s HD/SDI paths, for 4K productions from a camera to a truck or control room. This enables ENG cameras to be dual-purposed without limitation for use in studios, ENG and digital cinematography.

The company will also display its new M3 cable, a unique cable bundle that simplifies the connection between router and multiviewer. The M3 combines 16 coax connections into a single cable structure, requiring only a single connection step. This innovation helps integrators and installers by greatly reducing the number of required connections while also reducing the chances of improper or mismatched connections.

Making its IBC debut will be the new SME-1901 module for streaming media. The module is an ideal way to replace expensive and cumbersome in-house cable TV monitoring systems with its ability to handle a wide range of IP monitoring applications with a combination of high density and high quality H.264 video and AAC audio encoding.

For playout, Miranda’s flagship integrated playout platform, iTX, will feature several new enhancements, including version 1.1 of iTX Render Service for Adobe® After Effects® CS6 software. iTX Render Service automates and manages fully rendered After Effects graphics, making them immediately ready for playout from either the iTX platform or Miranda’s Vertigo Suite of graphics automation and asset management tools. Also being demonstrated as part of iTX’s version 2.3 SP3 is iTX Master Control, the only integrated playout solution that combines playout automation with live event functionality using hardware control panels that can be seamlessly switched to, and from, as required throughout a live broadcast.

The Miranda stand will also feature solutions from recently-acquired Softel, which offers the industry’s most advanced subtitling and closed-captioning software. A major advance in Softel’s flagship caption creation and repurposing workstation will be introduced to IBC delegates in the form of SwiftTM Create V8. The all-new version addresses the demands of content owners, broadcasters and facilities to streamline the preparation, checking and repurposing of closed captions and subtitles for both traditional and IP-delivered video services.

Cabling and connectivity solutions from Belden will also be featured on Miranda’s stand, further deepening the levels of interoperability, convenience and efficiency that are synonymous with the respective brands.