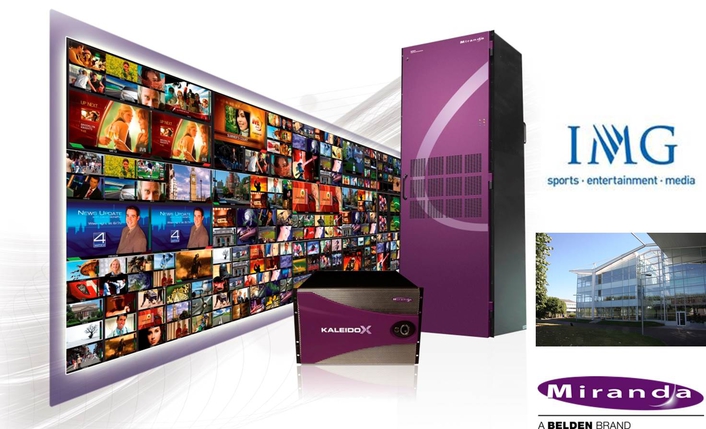 .
Miranda Technologies, a Belden Brand, a global provider of integrated solutions for production, playout and delivery systems for television broadcasters and multi-system operators, announces the sale of its NVISION routers and multiple Kaleido-X multiviewers to IMG Studios, London as part of a major relocation of its sports production business to a new, purpose-built facility in west London this summer.

Tying it all together are two Miranda NVISION 8500 Series routers, the first of which is an NVISION 8576 enterprise-class router for large facilities that will provide a 576x1152 matrix for all incoming and outgoing lines. A separate NVISION 8576 Plus enterprise-class router will anchor all routing for IMG Studios’ production galleries and studios via an 1152x1152 matrix. The hybrid aspect of the 8576 Plus router, referring to its integral ability to embed and de-embed audio without external devices, is crucial to IMG Studios’ workflow.

According to IMG Studios Chief Engineer Richard Allingham, “Miranda’s routers are the absolute core of the entire facility. We knew their technology would not only withstand but thrive in the face of the rigors that we are going to throw at it. In sport, literally and figuratively, that resilience is vital. The same can be said for their multiviewers, which will ensure system integrity by enabling us to see precisely what is going on, anywhere, any time.” 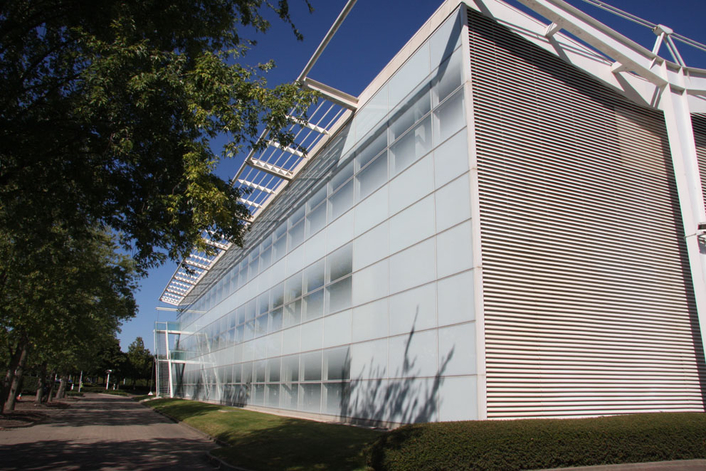 To monitor all processes within the extensive facility, IMG Studios selected a 128x8 Kaleido-X multiviewer for its master control room; and every studio and live gallery will be fitted with multiple Kaleido-Modular multiviewer cards, in various combinations depending on the requirements for each. Kaleido-X multiviewers excel in master control and headend environments and, when integrated with routers, enable extremely large and versatile monitoring systems to be deployed for total system visibility and deep signal probing.

Micky Edwards, Miranda’s vice president of sales in EMEA said, “This is one of the most impressive new studio complexes in recent years and we are proud that our signal distribution and monitoring technologies will form the backbone of its infrastructure. We have worked closely with IMG Studios and their systems integrator, TSL, to ensure its seamless and successful completion.”

The facility is scheduled for initial use in the summer of 2013 with the total migration of all technical, production and administrative functions expected by the middle of 2014.

For over 23 years, Miranda Technologies has been a leading worldwide provider of hardware and software solutions for the television broadcast, cable, satellite and IPTV industry. Its solutions span the full breadth of television operations, including production, playout and delivery. With a wealth of experience in delivering IT-based and traditional television systems, Miranda leverages its expertise to create the highest quality solutions available and delivers, deploys and supports them with a company-wide commitment to keeping the customer first. Miranda was acquired in July 2012 by St. Louis-based Belden Inc. and is the cornerstone of its broadcast division. Belden is a worldwide leader in the design, manufacture and marketing of cables, connectivity and networking products for many industries including broadcast, entertainment, consumer electronics, education, transportation and industrial automation