Mick Sawaguchi, Horus and Pyramix Makes for a Stellar Recording 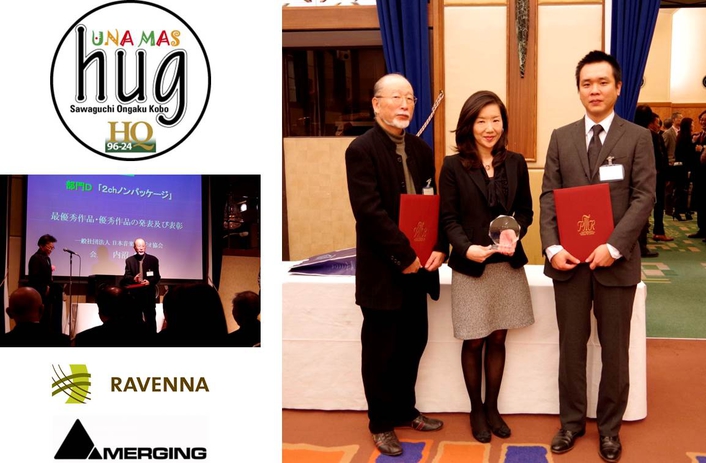 The Professional Music Recording Award of JAPAN honours famous Japanese recording engineer for Hi-Res Surround album
It should not be a surprise that Mick (Masaki) Sawaguchi and his Hi-Res music label UNAMAS, would make the first recording in Japan with Merging Technologies’ Horus.  Mick-san was the first Pyramix customer in Japan in 2003 and has never been slow to embrace new technology. His peers at The Professional Music Recording Award of JAPAN have honoured him with the award for the best Hi-Resolution recording of 2013 in a ceremony that took place on December 6th. The winning album entitled REIME was performed by Jun Fukamachi and unfortunately, this happened to be his first and last Hi-Res recording. Not only was the album recorded in surround but also at 96 kHz/24 bit.

Mick’s latest recording named AFTERGLOW was the first to use Horus with MADI and features two different mixes for the piano microphones. The first uses a pair of Sanken CO-100K mics with a Mojave Audio MA-301 FET and VOVOX cable and the second uses Audio Technica AT-4081/AT-4080 Ribbon mics. The surround mics are identical both being omnidirectional AT 4050 URUSHI. This time the resolution is 192 kHz/24 bit and in surround. 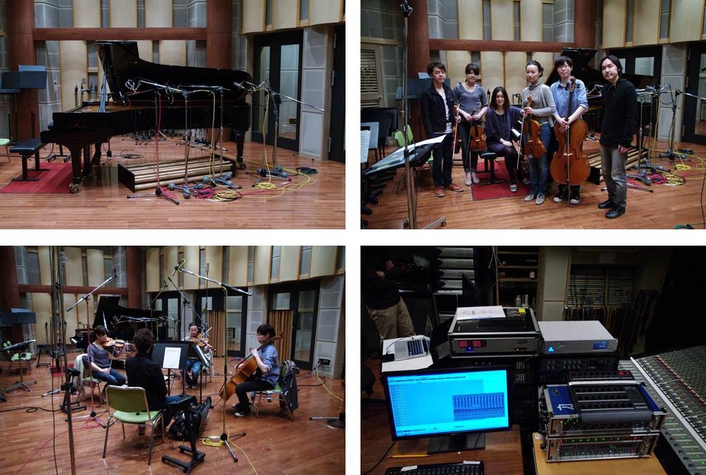 This recording was made in the famous Onkio Haus Studio in Tokyo 1 on 27th and 29th April 2013 and features pianist Eriko Shimizu and Strings 4. It is also released on Mick’s own music label UNAMAS.  The equipment list includes products from RME, Schoeps, Neumann and the monitors were TAD Pro, with the SSL 9000J being used a large and impressive monitor mixer.  The recording, which was also mixed and mastered by Mick, caught the attention of Morten Lindberg of 2L; another purveyor of superb surround recordings made with Pyramix and Horus. “WOW, this sounds great!  I really love that the strings and piano sound warm yet brilliant.” Ms Shimizu was also impressed when listening to the final mix: “Most impressive is that I feel air between the piano phrases.”

Where ultimate portability is needed, Mick likes to use Pyramix Native on a laptop with the compact RME Fireface UC which achieves 192 kHz recording and mixing with low latency.  Unsurprisingly, he was also the first to use that combination for recording.

Mick Sawaguchi is so well known for his support of surround recording and the many workshops (Surround –Terakoya) he has presented since 2002 that he has now acquired the nickname of “Surround Shogun”.  After a long and highly respected career with NHK, he retired in 2005 as the Managing Director of the Program Production Department.  Equally famous as a member and officer of the AES since 1989, he has contributed to so many conferences and been honoured so many times that it would be impossible to list them all.  He teaches surround design classes at the Tokyo University of Art and the Nagoya University of Arts as well as finding time to be the President of Mick Sound Lab and the UNAMAS Hi-Res music label.  Both albums are available for high resolution download from http://www.e-onkyo.com/music/

On receiving his prize from The Professional Music Recording Award of JAPAN, Mick Sawaguchi had this to say: “I am proud of this award but to win, you must use the right equipment.  Merging has always provided that for me and Horus is the latest addition to make my task easier, providing more accuracy to faithfully record the wonderful playing of these musicians.”

Mick Sound Lab has a website which is currently being reconstructed.  However, there is interesting information on the following URL: http://surroundterakoya.blogspot.jp/