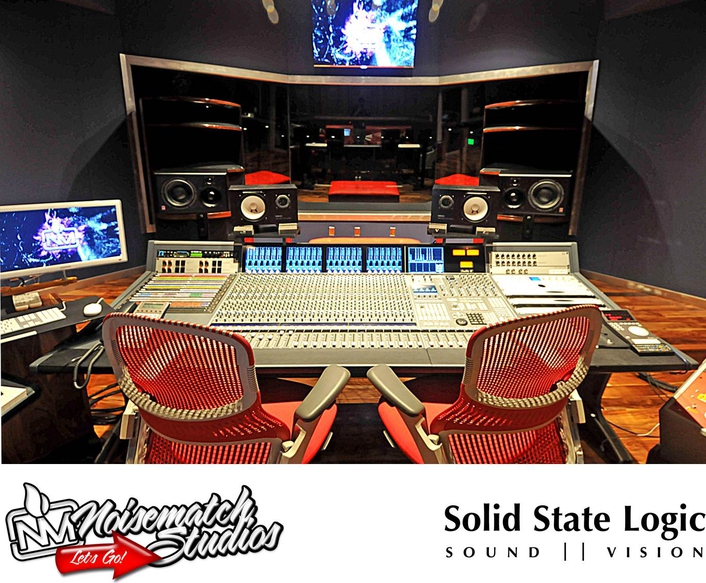 Duality is Installed to Capture Audio for Studio Recording and Live Events
Noisematch Studios, a new, two-room, high-end recording facility located in the Miami Arts District, has launched with a Solid State Logic Duality SE console as its audio hub.  Duality has been installed in the control room of the recording studio (known as Noiselab), and is also wired to record live performances and events in a separate soundstage (called Noiseroom).

“I am very familiar with the SSL sound from the different experiences I had working in other studios over the years,” says Alexander Campos, owner and CEO of Noisematch Studios. “When I analyzed all of the features and flexibilities that Duality offers, compared to other consoles on the market, I was very impressed with the closely integrated DAW control, the routing options and, of course, the sound quality. Duality makes sense in this new world of technology where everything is hybrid. A lot of musicians have studios in their homes with a Pro Tools® or Logic rig, so we needed a console that was flexible enough to understand the workflow between the DAW and the analogue world. Duality is that console.”

The Noiselab studio space, designed by Horacio Malvicino, can accommodate groups as large as a 20-piece jazz ensemble. It has a grand piano nook, three large isolation booths and adjustable acoustics. The separate Noiseroom soundstage/modular live event space is a 1,000 square foot room featuring a stage, intelligent DMX lighting, backline, FOH and stage audio monitoring. It is equipped to provide real-time audio and video streaming of live events. These events vary from lectures and small private showcases to music video shoots and live music performances. Noiseroom is wired directly into the Duality patchbay so that audio from any events, videos or performances can be captured and mixed on the console.

“Duality brings our different audio missions together, giving us the flexibility to serve many types of clients,” continues Campos. “Since we have 32 tie lines connecting Noiseroom to Noiselab, a band has the option to bring in a whole orchestra for a session, and this extra capacity beyond the main recording room is really useful. At the same time, we can use Duality to capture audio for, say, a music video being produced in Noiseroom. This means we can use Duality’s sound quality and mixing capabilities for a wide range of recording situations, and that’s good for our bottom line.” 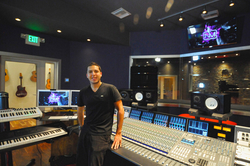 Campos’s plans for Noisematch’s first year are focused on recording projects and in-house music production. “I am a songwriter and a producer, so the initial effort for Noisematch will be to build a geographically diverse client base to support the studio while we produce and place original works,” explains Campos. “Since we invested in a ready-for-video infrastructure, the second year will focus on our Noisematch film division and record label, and Duality is at the heart of everything. We didn’t just buy a console, we invested in our future with Duality as anything SSL is the most solid investment you can make for the studio business.”