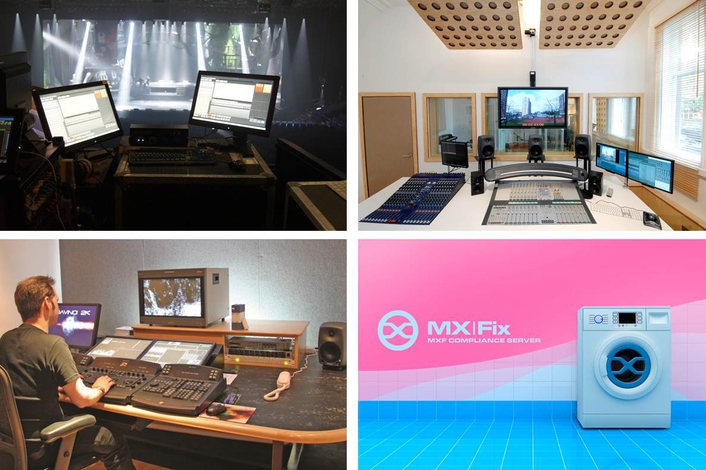 All products get a New Year Makeover; RAVENNA and new features
Merging Technologies finished a highly successful year with the official release of new software for its award winning product range. This release represents thousands of man hours of work and makes available the most cutting edge technology for professionals using Pyramix, VCube, Ovation, MXFix and Horus.

Merging Technologies’ cornerstone product, Pyramix 8 is now the first DAW in the world to natively support RAVENNA Audio over IP for use with both its MassCore and Native systems. A gigantic leap forward in connectivity for professional audio equipment, RAVENNA allows users to interchange real-time audio streams across (properly managed) standard Layer 3 networks. This new connectivity is what allows for ultra-low latency interaction with our revolutionary new audio interface, Horus.  Pyramix 8 and Horus are quickly becoming the combination set to create a new benchmark in the pro-audio world.
In addition, numerous new features and enhancements are now available with the V8 release, bringing improvements to almost every workflow.

RAVENNA Support for MassCore and Native
Connecting directly to the MassCore Audio Engine, or using our generic 32 or 64bit ASIO driver allows any Pyramix user to access the Power of Audio over IP with RAVENNA from ALC NetworX, With over 20 industry leading companies all producing equipment capable of connecting to the same properly managed, layer 3 network for transfer of hundreds of channels of ultra-low latency real time audio, Pyramix users will find a multitude of new and interesting ways to work. 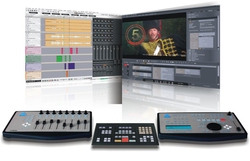 Horus – Networked Audio Interface
The new interface for Pyramix MassCore and Native, Horus is the ultimate in sonic precision at a price point that is conscious of reduced production budgets. Offering up to an astounding 200 Inputs and outputs (@1FS) and sample rates up to DXD/DSD in a single 2U box, with some of the world’s most transparent analogue circuitry ever created, is just the beginning of what Horus is. Our Networked Audio Interface is also capable of connecting to a RAVENNA network to provide all of these audio streams across any properly managed Gigabit Ethernet network.

New, more powerful MassCore
MassCore has always been very easily called “the most powerful Audio Engine on the market”. Now we can offer even more horsepower with the release of Pyramix 8 by allowing for the use of multiple cores on 8 core CPU’s. So, with the MassCore SMP option (being able to use more than one core for MassCore) means you get even more horsepower than before!

Automation enhancements
Automation is always in a process of being made better and faster to use, with less need for an operator to have to consider his actions. A slew of automation enhancements with special relation to editing in source and destination mode, or using VCA faders have been included in the V8 release.

PanNoir – Advanced Panning Plugin
The single most common problem with any musical mix now has a solution with this free addition for all Pyramix V8 users. Phase issues occurring from arrival time differences, most commonly between direct microphones and the main room stereo pair are easily and efficiently solved with this innovative new plug in.

Enhanced Search Engine
The search tool and Libraries function in Pyramix has always been something we have been very proud of. Users have, for years, been using the offline libraries and our advanced searching options to quickly scan terabytes of information. In Version8 we have increased the speed, functionality and overall feel to this tool.

Timeline and UI Improvements
User input has resulted in feature enhancements in the Meter Bridge, CD import window, timecode ruler bar and the track header.  Combined with a number of other minor changes, the usability and feedback has been significantly improved.

Mixer Improvements
One of the longest standing requests with respect to the Pyramix mixer has been the demand for the ability to add plugins to strips without the need to rebuild the mixer in its entirety.  This is now possible in most instances.

Ovation 4 is another leap forward for the entire AV/events/entertainment industry. With features covering everything from broadcast playout to interactive AV environment creation, Ovation 4 is the perfect tool for your next audio installation. With the list of high profile broadcasters, AV systems integrators, theatres and live events companies growing by the day, Ovation 4 is set for a big year in 2013.

Audio recording to Cue
With a simple right-click it is now possible to assign a record mixer and stream up to 8 channels of audio to a new or existing cue. Employing an ultra-simple record interface that does not affect the control of the rest of the show was paramount for this feature.

CD Import to Cue
With another little right-click on any cue list brings up the CD Import dialogue, allowing users to easily capture CD sounds without the need to leave the software. The import can auto-convert to any file type and sample rate, making it the ideal ingest tool for any application.

Auto-import from removable devices
We all know that the ability to stream media, as powerful as it may be, has stipulations that go with it, and forgetting to copy a file locally before the connection to another device disappears can happen. So we have implemented a small but important feature whereby any file placed in a cue list from a network connected or removable device will be auto-copied into a local audio folder associated with the project.

Marker rule improvements
Markers have vastly increased the potentials for interactivity and usability of cueing in Ovation. From conditional looping to firing of other information in a cue list anywhere in the show, the cue markers are one of the most powerful parts of Ovation. Version 4 brings optimizations and small enhancements to make this great feature even better.

Dataton WATCHOUT synchronization
Announced in beta form at INFOCOMM USA 2012, this feature is officially released in V4. With a sync connection being made over a standard network and frame accurate lock between multiple timelines in WATCHOUT and cues in Ovation, means that one of the AV industries most used video servers now has the same power available to it when designing the audio component to any AV/live/theatre/theme park/spectacle installation.

Multi-Ovation synchronization
Night after night that this feature is used in one of the world’s most visited theme parks to lock multiple Ovation systems across a wireless network.  This custom request is now officially released in V4.

Show Templates
Starting a show has never been easier for Ovation 4 users. Choose from a variety of default templates, or create and save your own for any application.

Mixer Improvements
As with our Pyramix DAW there has been a demand for the ability to add plugins to strips in the mixer without the need to rebuild the mixer in its entirety.  Ovation V4 sees an end to the need for this in most situations.

Cue Pinning
When in show mode, users can now enjoy a feature that allows them to choose which cues will appear in the Active cue window when clicking through cue lists. As some cues contain no audio and might not be needed to be viewed in a timeline form, the pinning of cues (or choice not to) will mean that the user decides what they see and don’t see.

VCube 4 is a step forward in many ways from previous versions. In addition to optimization and bug fixes, the following are included in the V4.0 release: 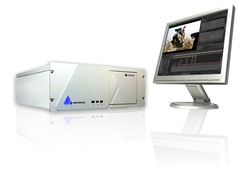 Improved media file handling
Updates to codec handling, parsing and VCube responsiveness during offline operations are just some of the enhancements that Version 4 users can benefit from.
Others are a reworked “Drag & Drop” behaviour, to experience an easier access to files directly from Windows Explorer. Dropping to Preview window will restart a new composition based on the file dropped, while dropping to the Timeline will place in the composition in one of the 3 possible ways: “Place to Cursor”, “Insert to Cursor” or “Enqueue”.
Finally, VCube 4 has an increased list of codecs which can be cross-wrapped from MXF to MOV (or from MOV to MXF): IMX, XDCAM-HD, DNxHD, DVCPro. This allows a smooth integration in workflows involving MOV-based editing software and MXF files delivery.

Batch Render
MXFix now integrates a Batch Render, which can also be used from VCube. Setup your render settings, put your files in the Watch Folder, and render your files or compositions while you’re sleeping, or just doing something else!

Now that Loudness compliance regulations are coming into effect around the world, it is so important for any business producing content for transmission be sure that the material being made will not fail loudness measurements. MXFix V2 has new features, faster workflow and more reliability for broadcasters and post-production studios trusting their output to Merging Technologies' MXF washing machine. 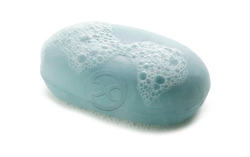 Output Channel reordering
If part of your workflow requires a reordering of audio tracks in your transmission or archive material, MXFix is here to help.

2-pass Loudness Correction tool
Now available in every MXFix package, this tool allows for a simple loudness adjustment to the entire program. It also includes a True Peak Limiter to fully comply with your loudness specifications.

Continuous Watch updates
With new features such as “auto restart on fail” and other protective measures, this new feature set improves the reliability when setting up MXFix to work in an autonomous manner. Put it in the server room and forget about it.

Click here to read more about MassCore and how it works