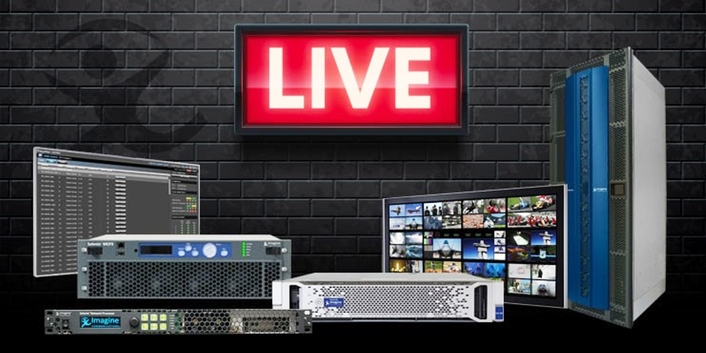 These are heady times for an industry that has no choice but to shift to a more agile technology platform to better combat new competitive challenges and keep pace with rapidly evolving content consumption patterns. Media companies must simultaneously support existing operations and infrastructures while mapping out a roadmap to a future facility that will bring new levels of flexibility and efficiency.

While the entire media workflow chain, from ingest to distribution, is undergoing disruption, an argument can be made that no segment of the media industry is going through a more challenging transition period than live production. Sure, the simultaneous evolutions from HD to UHD, SDI to IP, CapEx to OpEx, and so on, are profoundly impacting all media operations. But live production lives on the frontlines. Pangs of progress are felt more acutely in an environment in which precision and reliability are bedrock requirements, and mistakes can be ruinous to both reputation and annual revenue.

Confounding the situation is that no two production facilities have identical requirements. Some are in the positon to build out a forward-looking facility, whether a studio or OB truck, from scratch. Others must make choices based on existing infrastructure, plotting out a next-gen roadmap that takes into account existing lifecycles and other transition timelines. Others may vary significantly in terms of their comfortability with next-gen architectures. Some facilities, depending on a number of factors, may want to leap into the deep end of the IP domain, while others may prefer to dip a toe before jumping in.

It’s a mixed matrix, to be sure. But the one thing all production facilities have in common is the requirement that anything they invest in today puts them on a future-looking path that will eventually lead to the agile and versatile facility they will required to meet consumer requirements and keep them comfortably ahead of the competitive curve.

Imagine Communications recently recorded three customer success stories in the live production space that provide a sampling of the work being done to accommodate the multifaceted needs of this segment of the industry. All three of these cutting-edge companies required a solution that resulted in a state-of-the-art facility that would be relevant today but futureproofed against the blistering pace of the advancement of technology. All required conformance with current and future industry standards and the ability to support multivendor environments. And each needed assurances that it would be able to meet the current and future market demands of its customers well into the future.

Following are summaries of these recent customer engagements and how each respective production specialist chose its own unique route to the facility of the future. Detailed, step-by-step descriptions can be accessed through the links provided below.

One would expect “the definitive guide to enlightening information,” which is how VICE Media describes itself on social media, to be an envelope pusher when it comes to building out a technology foundation to support its latest television enterprise. The technologists at VICE Media didn’t disappoint, pulling together a state-of-the-art news production control room for its recently launched VICE News Tonight show that’s based on IP technology and built to keep the avant-garde media organization operating on the cutting-edge of video production for years to come. 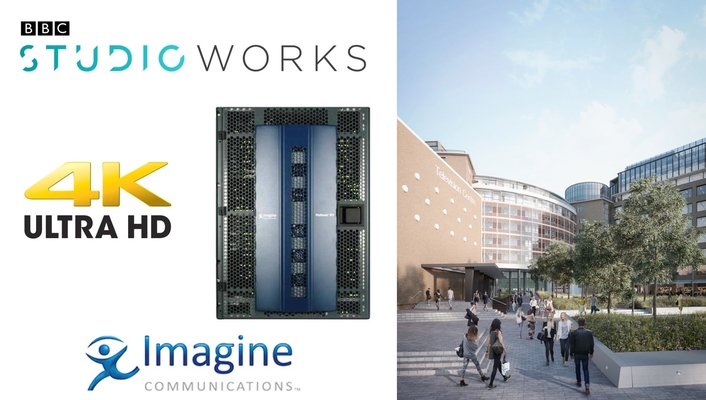 Given the industry’s ongoing transition from HD to UHD, as well as the increasing prominence of IP for transporting video and audio signals, Studioworks’ technical team was challenged to purchase technology for its revitalized Television Centre that is optimized to meet today’s demands but also capable of satisfying the video consumption appetites of at least another generation of UK television viewers. Future support for IP-based production, UHD and HDR was imperative. 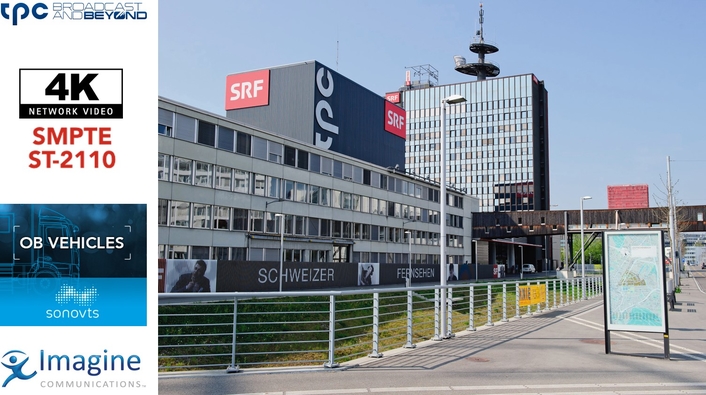 When tpc, one of the busiest and most forward-looking broadcast production companies in Europe, was confronted with the retirement of a long-serving outside broadcast truck, the Swiss company made the decision to construct a replacement that would remain state-of-the-art for years to come. That meant building a mobile production unit that was IP at its core and optimized for UHD — but still capable of handling SDI-based signals and cranking out HD content as current market demands dictate.