Ahead of IBC 2017,  slomo.tv (8.B40), a leading international supplier of cost-effective, high performance server-based video recording and replay systems has announced the successful completion of a project that sees its technology used to televise the President’s Ice Hockey Cup in Kazakhstan.

Besides supplying the equipment at very short notice, slomo.tv also organized full user training for the Media Sport team. Removing any risk for the production team, slomo.tv also provided engineering support for the Cup Opening Ceremony and the first day of matches. The support engineer’s presence turned to be more luxury than necessity, since the Media Sport operators sailed through the event and slomo.tv’s shadow specialist was not required at all. 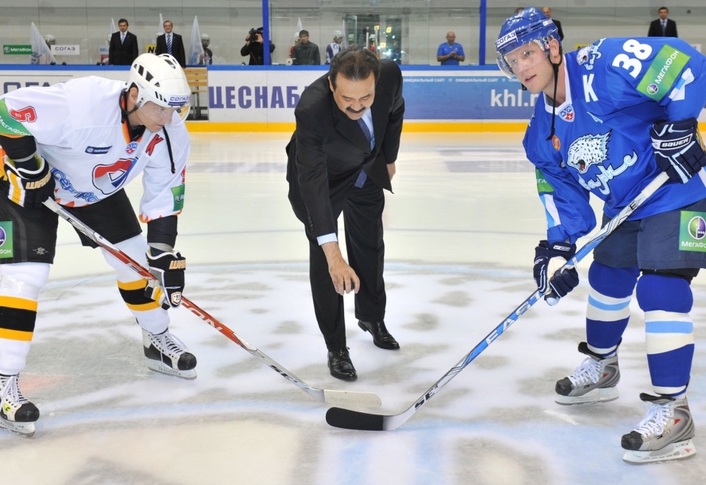 “The mission of our company is to deliver sport programming of the highest quality to national and international audiences. The ice hockey teams that we support include Barys, Snow Bars and Nomad as well as other sports, such as boxing and wrestling,” commented Valentin Gladkov, CTO at Media Sport. “We selected slomo.tv servers for a number of reasons - their high quality picture and robust performance combined with a very intuitive user interface, which helped to familiarize our operators in the very short time, in fact, in a few hours."

Developed by slomo.tv’s engineers, Arrow 442 is a broadcast grade cost effective multichannel recording and replay server designed to meet the requirements of both sports broadcasting and standard video production. This light weight 2U size server supports simultaneous recording of four video input signals, search on all four channels and replay of two channels with transitions.

With standard features including built-in multiviewer, MultiSkin functions and advanced replay management with automatic clip making and playlist creation, working on the Arrow 442 is productive and time efficient. The server can store up to 266Hrs of HD at 100mbit data. Arrow 442 supports many mainstream broadcast replay codecs including DVCPro 50 / DVCPro HD / XDCAM50 and MJPEG.

Over the last decade, the company has successfully introduced complete lines of high quality multi-channel professional video recording products. Slomo.tv has brought to market a number of effective solutions for tapeless video production technology. Its products became de facto industry standard in Eastern Europe and the Baltic region. Slomo.tv systems, such as Dominator and Simple R, are widely used on major TV channels, and the company’s sports video judging system videoReferee®, has become an integral part of many sport arenas worldwide.