With offices in Turin, London, Manchester, Paris and New York, deltatre is a recognised leader in providing digital media and technology solutions to major sports federations and broadcasters. For the most prestigious upcoming European football tournaments in 2012 they will provide a range of services, including live data gathering, HD stereoscopic graphics, official print-outs, commentator information systems, stadium giant screens and hospitality TV feeds.

Whilst recently working on a HD graphics production project for live European football matches, deltatre needed some hardware to monitor the broadcast signals delivered to their clients and was looking for a simple SDI to HDMI converter to display their broadcast feeds on inexpensive displays. When the project requirements increased, especially in the 3D and video switch fields, they chose the Matrox MC-100 mini converter recommended and provided by dealer D1 Group, experts in the broadcast industry from production to post-production and video editing. The MC-100 matched deltatre’s project requirements perfectly in just one small, single box.

They can clearly see the benefits of the MC-100. “This project made us realise that multi-function products are a smart way to improve workflow and to save money” says Carlo Lisa, Director of Sales & Business Development.

“We are building 16 mobile systems, using over 60 Matrox MC-100 units. Specifically, we use the MC-100 for several functions. Monitoring - as an SDI to HDMI converter for the SD and HD feeds coming from our video routing system into a HDMI feed compatible with inexpensive displays. Another important feature is multiplexing in relation to our 3D graphics. With MC-100 we can convert the left and right eye HD-SDI feeds into one side-by-side feed, both on SDI and HDMI connectors. Converging - the 3D-SDI feed can then be routed in our multiview system and displayed on our 3D TVs. Obviously the HDMI output can also be displayed on the 3D TVs, bypassing the multiview system. Other features of the MC-100 which are particularly useful are the glitch-free switching system which prevents us having black video or no-signal on a live output feed. Also the HD/SD-SDI distribution amplifier enables us to distribute a single input signal into two outputs”.

deltatre had previously used other converter products but found that either it was necessary to use twice as many of them or, although cheaper, the products were simply not reliable. ”Matrox MC-100 builds in several features in a single box so saves space, cabling and of course money. Our hardware has to be flexible and reliable to match up with every video stream and workflow we face. We appreciate the cutting edge technology of MC-100, being 3D and 3G ready it’s clear that Matrox products are looking to the future”. 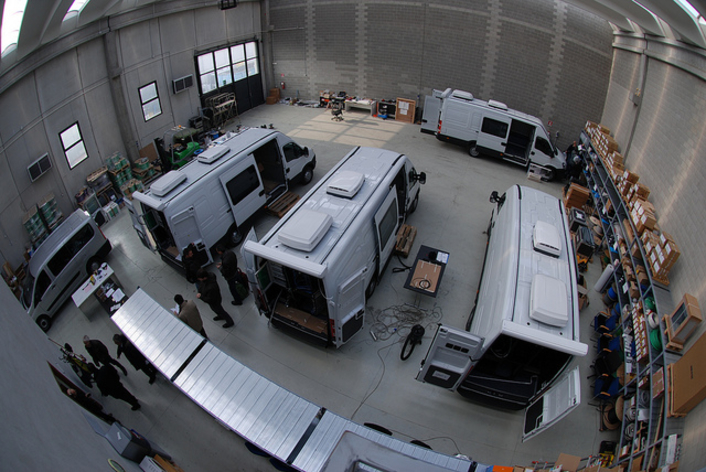 Having purchased 65 MC-100 units so far, deltatre is using them not only in the new digital sports vans, but also for internal 3D graphics development and testing and general HD graphics production for live football matches. “We’re happy to have been introduced to this great little device.”