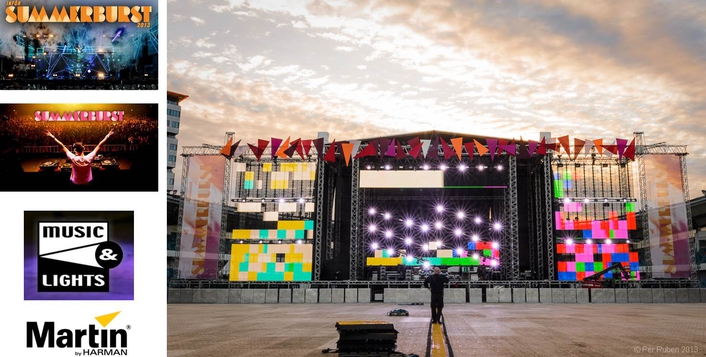 .
As some of the world’s most pronounced DJs took the stage at the Sweden Summerburst Festival, a team of lighting professionals designed and managed a complete HARMAN Martin lighting display, highlighting artists such as David Guetta, Sebastian Ingroso, Axwell, Steve Angello, Alesso, Steve Aoki and Hardwell, among others. Deployed by Westridge Audio AB, the Martin system was required to have enough power to shine brightly and effectively during both day and night performances.

“The MAC Aura did an amazing job at the Summerburst Festival,” stated Production Manager Daniel Rüdén. “The brightness of the fixtures and lenses are very usable during daylight and when the sun set, the zoom beam was almost as strong as the beam fixtures next to it!”

Rüdén described his struggle with weight limitations on tours and during festivals, but with Aura’s lightweight construction, the lighting team was able to provide more lighting options and fixtures, while keeping functionality at a maximum. “We were able to hang trusses with fixtures between the LED panels on each side of the stage. The Martin Aura was small and effective, allowing us to move the trusses closer together and create great visuals for each performance.”

Tobias Borén, Lighting Director for the festival since its inception in 2011, was given free reign to put his final touch on the festival’s lights, choosing the best fixtures to suit the EDM music during the festival. The final combined design between Rüdén and Borén’s visions were underscored by the Martin solution. 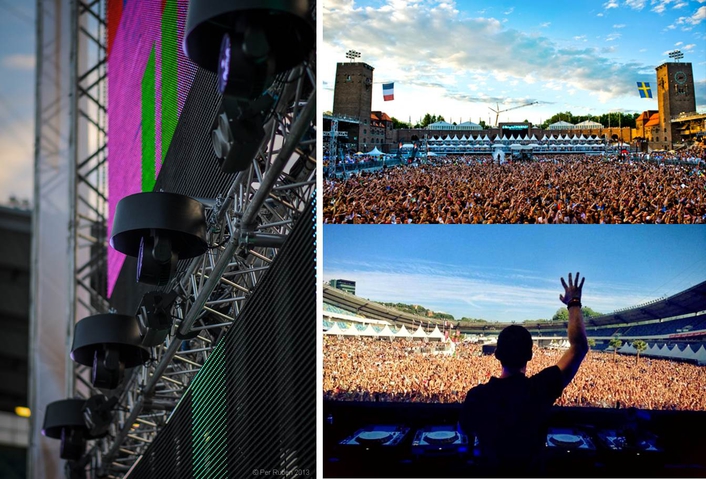 “It was an easy choice for us – the MAC Aura is by far the best LED wash fixture on the market, due to its brightness and light weight,” Rüdén continued. “Tobias also designed some great custom rain covers for the Auras, which allowed us to concentrate more on the show than the weather conditions.”