Staged during June to coincide with the Euro 2016 soccer tournament, the Facebook Live streaming event supported Maria Casino’s launch of ‘Denmark’s Biggest Live Roulette’ experience To publicize the event, Maria Casino partnered with Metroexpress Denmark, one of the country’s leading newspapers with strong coverage within the print, digital and social media sectors in Denmark. 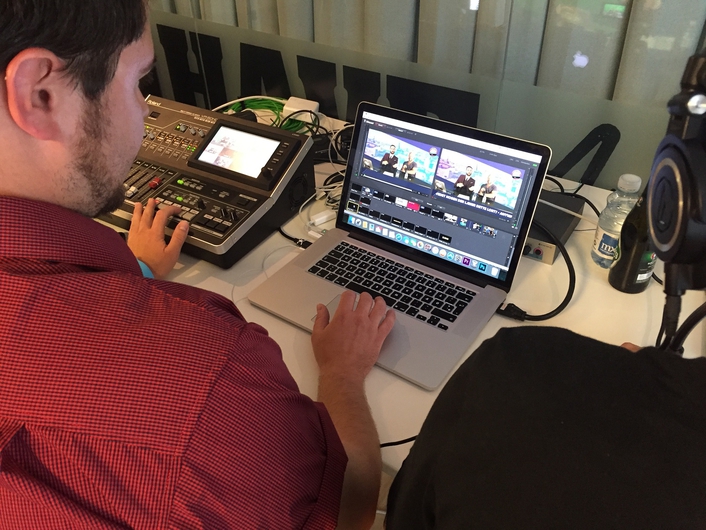 The week-long series of prime time (7:00pm) roulette games were streamed live from a studio within Metroexpress’ Copenhagen headquarters. A well known Danish TV presenter hosted each 30 minute programme with a range of interviews and other live entertainment. Maria Casino worked closely with MX PartnerLAB (Metoexpress’ advertising department) on the creative elements of the campaign. Also, it worked with independent production company, Tellymo on the production of each live stream event. Before each broadcast, a variety of Metroexpress media channels were used to create awareness of the event and secure high viewing figures and audience engagement.

It was Tellymo that selected Wirecast as the main live event streaming software. At the production studio, all camera and sound feeds were routed through a production switcher and then to a MacBook Pro that was running Wirecast. Here, all the custom-made graphics were loaded and applied to the live stream. Also, all chromakeying was implemented directly in Wirecast.

“We were initially attracted to Wirecast since it is the first streaming platform we are aware of to provide Facebook Live support, however we were quickly impressed with its excellent production capabilities,” commented Roald Bergmann, CEO at Tellymo. “The ability to control so many graphics on different layers simultaneously was extremely important for our production unit in order to give the viewers a very rich, dynamic experience.” 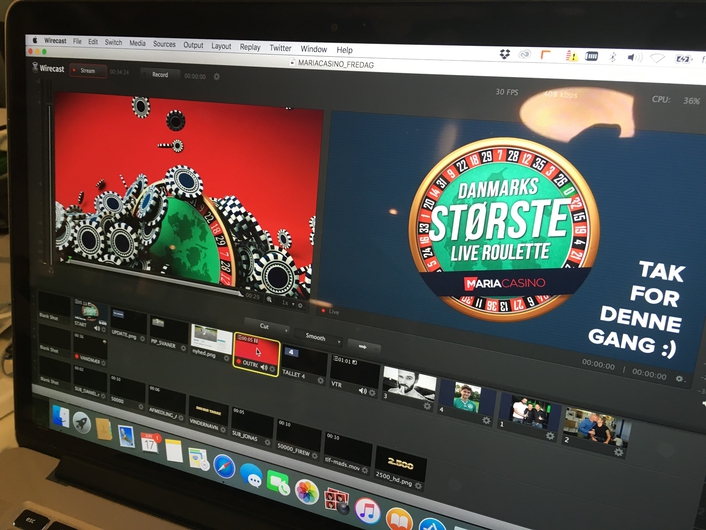 Tellymo's art director on this project, Ryan Lumbye, adds: "A great feature of Wirecast is the ability to ‘deep stack’ layers, so you can have one video track which contains many layers for advanced compositing. However, the killer feature is Wirecast’s core flexibility.”

“With Wirecast we have been inspired to push the limit even further next time, now we have experienced what the platform is capable of. Maybe we will integrate live reports with Wirecast Go!” concludes Roald Bergmann.

About Wirecast
Wirecast is the industry's only cross-platform, all-in-one live streaming production software that enables capture, live production and encoding of live streams for broadcast to multiple servers and platforms simultaneously. With new powerful production capabilities, streamlined workflows, and expanded content source options, Wirecast 6.0 offers the capabilities of more expensive hardware solutions with the flexibility and affordability of a software application.