.
Globe TV, based in Saarbrücken, Germany, has been responsible for the live production of Germany’s national lottery draws since 2013. A key element of the production company’s approach was to bring flexibility to the lottery broadcasts, not only in the studio infrastructure, but also in the way in which viewers interact with the draws.

“We had five weeks to turn a former store room into a fully functioning studio that could host the German Lotto’s biweekly draws, which are undertaken in four and half minute live broadcasts on its website,” explains Michael Degott of Globe TV. “Our concept for the studio design was that we’d have the possibility to broadcast live on television as well as online. That meant that the solution had to be simple to install and safe to operate, but also had to be capable of producing broadcast quality content for transmission (TX).” 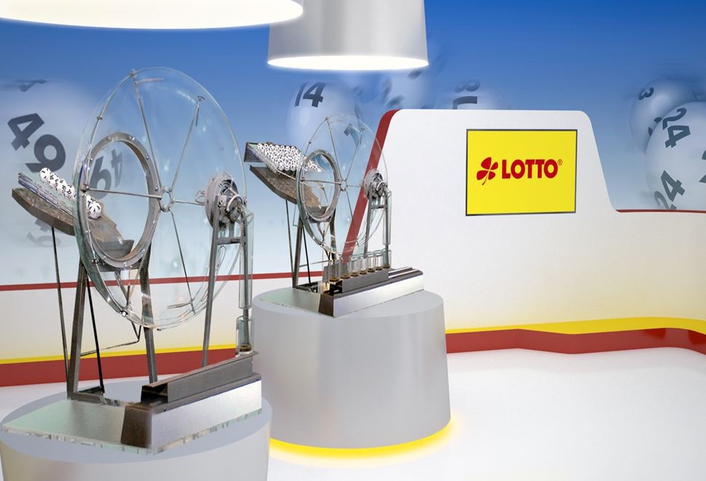 Globe TV also made the decision to give viewers the option of selecting their own view of the lotto draw, as Michael explains: “Despite the program’s brevity, we shoot a multitude of angles, from a wide angle shot of the studio to a close up overhead ‘ball drop’ shot of the draw machine, to make every phase of the lottery draw as transparent as possible as well as bring the show to life. We work with three studio cameras and four fixed cameras, all of which are fed into an eight input ATEM Production Studio 4K switcher from Blackmagic Design. As well as cutting the official program, we also output four ISO camera sources to the website allowing viewers to choose whether to watch a wide angle view of the entire studio, or a shot of the lottery machine, for example.”

The production also takes advantage of the switcher’s software and hardware control. In the run up to the live TX, staff prepare clips and lower thirds content using ATEM Software Control, a full control panel which enables the team to operate the switcher from a laptop. Once the program goes live, the vision mixer switches to an ATEM 1 M/E Broadcast Panel to cut between the camera channels from the studio. “It’s important that the live show production is instinctive and that we have the ability to react to unforeseen circumstances, so we have the two controls running alongside each other,” explains Michael. “The program is cut from the panel, and the software continues to control the on screen overlays, to give us a seamless TX, whatever happens.”

Of course, the most important element of the show is broadcasting the winning numbers, which appear in an onscreen graphic once the draw is completed. Michael explains that each result is entered into an Excel spreadsheet, which sorts the numbers and exports them to a PC. “We have a preprepared graphics mask and the numbers are imported into this in numerical order. The completed graphic is output via a Blackmagic DeckLink Extreme 4K capture card and inserted into the end of the program. The ability to take multiple camera channels and a separate graphics signal over SDI has enabled us to take a Lotto broadcast, which could be very two dimensional and flat, and transform it into something much more exciting, professional and engaging,” concludes Michael. 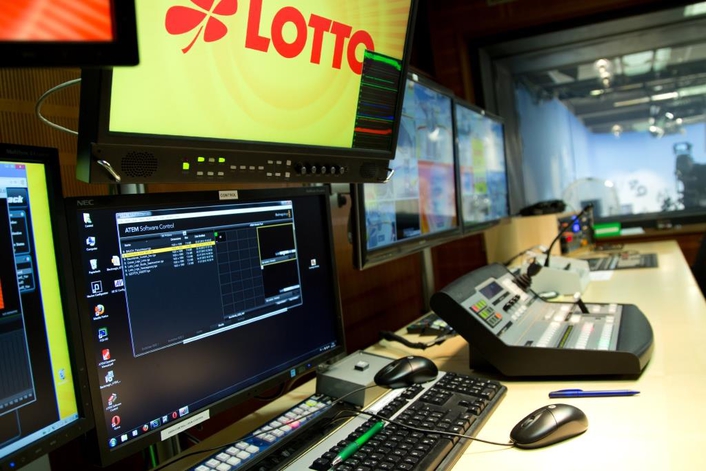