Major Project for ChainMaster at the Olympics in Sochi 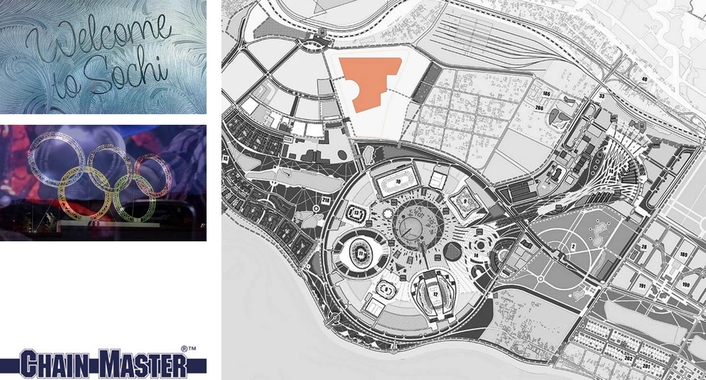 .
From 7 to 23 February, the global elite of winter sports will be gathering in the Russian town of Sochi for the XXIIth Winter Olympics, in the hunt for gold, silver and bronze medals. In all, since the games were awarded to Sochi, eleven competition venues have been created in and around the Black Sea resort. In equipping several of the venues in the Olympic Park, the organizers have relied inter alia on the know-how of ChainMaster of Eilenburg; numerous products from the range of the manufacturer of chain hoists and lifting gear are being employed at the Sochi games. ChainMaster has been active in Russia and the neighbouring states since 1998, and in 2004 opened ChainMaster Consulting Office Russia.

In addition to several smaller projects, ChainMaster’s activities in Sochi have mainly centred on equipping the Bolshoy Ice Dome and the Iceberg Skating Palace, each of which is capable of accommodating up to 12,000 spectators. It is planned to stage the ice hockey matches in the Bolshoy Ice Dome and the artistic and short track ice skating events in the Iceberg Skating Palace.

In each of these arenas, ChainMaster equipment forms part of a variety of installations – most notably the system for raising and lowering the two giant video cubes. Here, safety was the paramount concern governing the choice of equipment, the objects in question being extremely heavy. Four ChainMaster dual-chain BGV D8 Jumbo Lifts capable of lifting safely up to twelve tons have therefore been assigned to each cube.

Designed for heavy loads, these hoists are controlled using a Pro Touch StageOperator solution from the CM 880 series, which boasts load measurement and user-friendly positioning functions. The CM 880 series displays loads and positions continuously, the overload and underload thresholds being freely configurable. Furthermore the system offers synchronous run supervision for fixed-speed chain hoists as well as the possibility of programing both relative and absolute target runs for single, line and distributed loads. Safe hoisting of the loads is therefore assured even when, as is here the case, they are being raised to heights in excess of 30 metres.

In the Bolshoy Ice Dome, ChainMaster also provided the pre-rig for the flag system typically seen at international sporting events. For this, the company’s experts installed 108 ChainMaster D8 Plus rigging lifts, each with a safe working load of 250 kg and a limit switch function, governed by an 128-channel control system from the CM 801 series.

In the Iceberg Skating Palace, ChainMaster also paved the way for the rigging of the sound system and structure of lighting trusses. For the audio system, four ChainMaster D8 hoists with dual brakes combined with the ChainMaster Pro Touch StageOperator were used, whilst for the lighting trusses, the specialists from Eilenburg opted for sixty ChainMaster D8 rigging lifts with brake functions controlled by a 64-channel system from the CM 801 series.

The controllers of the CM 801 series offer, depending upon the requirement profile, central and de-centralized control systems assembled from more than 40 components that are all compatible with one another, such as motor distributors and operating elements. They are suitable for the direct control of all ChainMaster D8/D8 Plus chain hoists.

All the material supplied will remain in use when the Winter Olympics are over, as it can be employed in a very wide variety of configurations without any conversion measures being required. Furthermore, the CM 801 series is upwards compatible with the CM 880 series, which opens the door to still further possible uses. 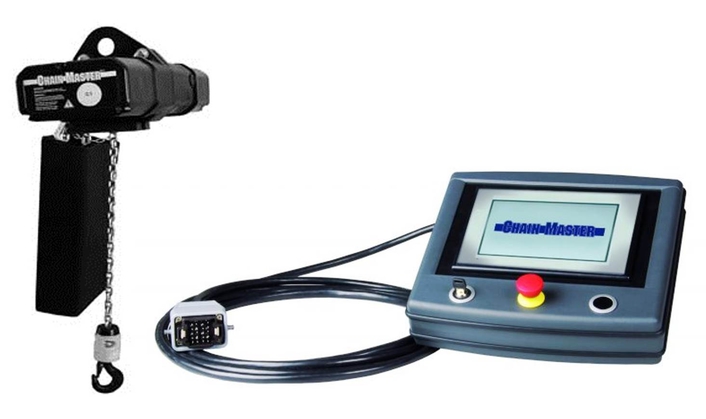 Sochi ‘Ready and in Olympic Mode’
NBC Olympics to Use Five ...for Winter Games in Sochi
EVS Sports Gets Panorama Ready for Sochi 2014