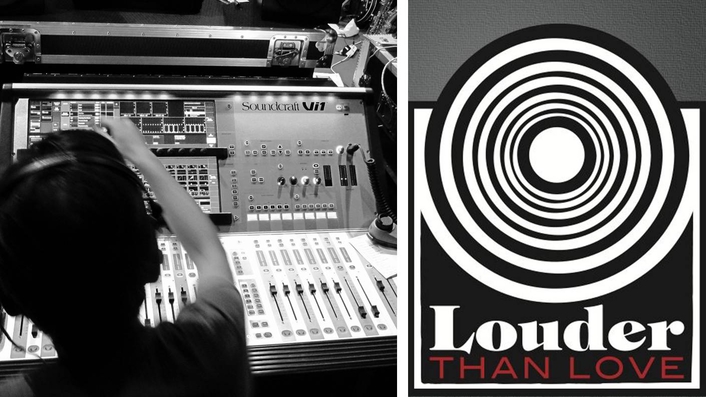 Skramstad chose the Soundcraft Vi1 console, along with a stage box with 48 inputs and 24 outputs via optical cable
Specializing in live audio for concert tours and corporate events, Stockholm, Sweden-based Louder Than Love AB has upgraded its live sound arsenal to include a HARMAN Soundcraft Vi1 console. Founded in 2007, Louder Than Love owner Jonas Skramstad has worked with numerous international artists and companies such as Volvo, SAAB, IBM, the National Hockey League, Coca Cola and Astra Zeneca.

Skramstad’s specialty is front of house mixing and he has worked on tours for a wide variety of Swedish artists including the Cardigans, Miss Li, A Camp, Laleh and Dundertåget, among others. His routine is split to approximately 50 percent live music tours and 50 percent corporate events. The majority of the time, he can be found freelancing for various production and rental companies. In addition, Skramstad regularly conducts a live audio seminar and workshop for SAE (School of Audio Engineering) Stockholm.

As Skramstad’s sound contracting projects became more diverse, he came to a point where a mixing console upgrade was necessary. “I’ve used various digital consoles from almost every manufacturer for the last 10 years, so I really knew what I was looking for,” he said.

After evaluating a number of competitors, Skramstad chose the Soundcraft Vi1 console, along with a stage box with 48 inputs and 24 outputs via optical cable. “Although I’ve only had the console for a short time, I am already impressed with its flexibility and superb audio quality,” continued Skramstad. “I’m touring with it, using almost 40 channels from the stag e and running six stereo in-ear mixes back to all musicians on stage as well as two sidefill mixes. I’ve also hooked up a MacBook using Apple MainStage 2 to run four mixes of effects to the console and I’m looking to upgrade to a PCM Native as soon as possible.”

Skramstad also uses the Vi1 for another timesaving capability: “I’m recording all the live shows through an RME MADI Bridge and RME MADIface to either Logic Pro or Cubase. This allows me to do virtual sound checks when an artist or band does multiple dates. I can run the recorded tracks from a previous performance through the Vi1 to do the next show’s sound check, saving time instead of having the band do another sound check.”

“When I first got the Vi1, I was able to get around the console, hook up mics and start mixing a rehearsal in less than an hour.” Skramstad concluded, “The Vi1 has not only been meeting, but exceeding my expectations.”