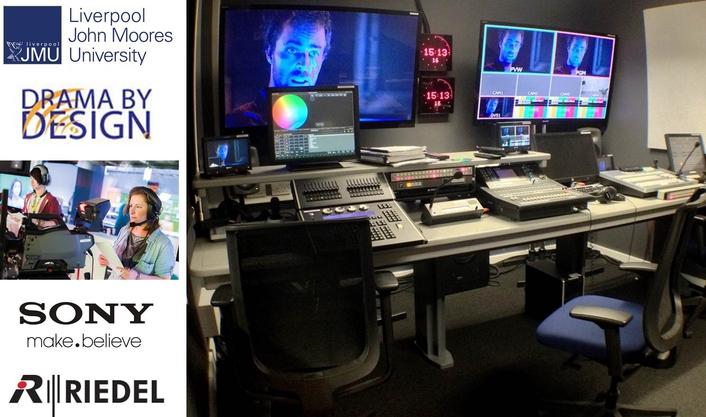 "Riedel's intercom solutions offer the high audio quality and exceptional versatility that our facilities require," said Kelly Loughlin, TV studio manager at Liverpool John Moores University. "The Riedel system installed is a small but incredibly versatile system that covers all of our communications needs, and the quality of the audio is great."

Designed and specified by Drama by Design, and supplied and integrated by Sony Broadcast, Riedel's Artist and Performer systems support communications between control rooms for the school's large full-HD TV studio and a smaller full-HD news studio, the cameras on each studio floor, the technician's office, and the central technical room. The flexible product combination provides high-quality audio that allows the LJMU facility to integrate both studios into one system and to establish talkback into the studios, the green room, and preshow areas.

The Artist 5000 panel series is a cost-effective matrix intercom solution that provides the full functionality of Riedel's digital matrix intercom panels at an unbeatable price point. The Artist panels feature marker strips that identify each of eight talk keys. Housed in a universal enclosure, the panel is suitable for rack-mount, wall-mount, and desktop operation. 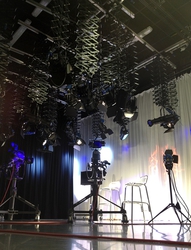 "When we specified the system for the Liverpool Screen School, we didn't know exactly what button needed to do what or what signal needed to be routed where, but the flexibility of the Riedel equipment enabled us to customize the system on site as part of the commissioning process," said Andy Stone, studio design consultant at Drama by Design. "The result was a system that exactly met our requirements. Given the success of this installation, we are now using the Riedel system on a number of similar projects."

About Drama by Design
Drama by Design theatre and creative media consultants specialize in the design and technical specification of theatre, performing arts, TV, and recording studio spaces. We provide a comprehensive range of solutions to building professionals and owners, whether it be for a simple refurbishment of a small drama studio, or a full-scale construction or renovation of a theatre or TV studio.