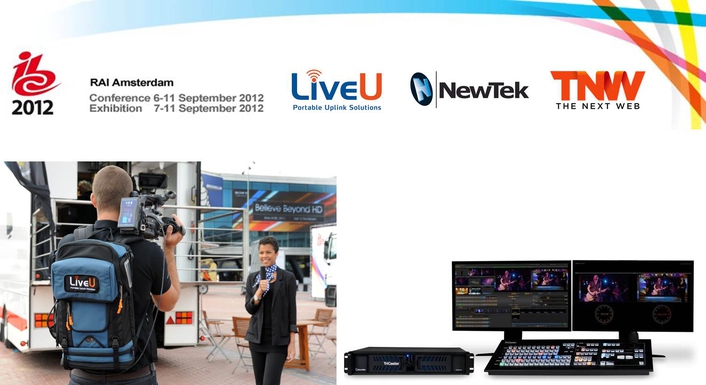 Live studio demonstration at IBC2012, in partnership with The Next Web
LiveU, a pioneer of portable video-over-cellular solutions, and NewTek, a worldwide leader in portable live production, will demonstrate their integrated live video streaming and production solution in a live studio at IBC2012, RAI Amsterdam (Stand 14.365). The Next Web, the international technology, news, business and culture publication, will produce the live broadcast, bringing the latest news from the IBC show to its worldwide online audience.

Ronen Artman, VP Marketing, LiveU, said, “The live studio at IBC is just the beginning of our collaboration with NewTek. We see a symbiotic relationship between our two companies, providing a more cost-effective live video streaming and production solution for broadcasting and online media customers worldwide. With The Next Web driving the production at IBC, we’re looking forward to a professional and exciting live demonstration showing our joint products in action.” 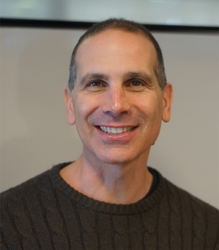 With NewTek TriCaster systems, corporations, musicians, producers, bloggers, agencies, anyone in the live entertainment industry, can reach new audiences, interact more closely with fans and generate new revenue opportunities. They can produce HD network-style productions of their live performances, from a cart in the front-of-house, a desktop backstage, or a studio control room rack. TriCaster provides the ability to switch between multiple cameras, inputs and recorded clips while simultaneously delivering live content to broadcast television, LED screens and projectors, the Web and mobile devices. The new line of TriCasters presented at IBC on NewTek’s stand and used in LiveU’s studio for the daily live show, gives producers all the tools to create more shows, with more creative capabilities, publish to more destinations and reach more viewers. 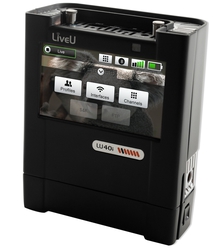 LiveU will be demonstrating both its LU70 backpack and LU40i handheld device for live video transmission at IBC.  LiveU’s LU70 is the industry standard for bonded 3G/4G LTE backpacks with proprietary RF technology for superior resiliency, up to 1080 HD video and sub-second latency for a satellite-like experience.

The live studio, powered by LiveU and NewTek, and produced by The Next Web, will be located in the LiveU stand at IBC2012, Connected World Zone, Stand No. 14.365 (Hall 14).  NewTek Europe/3D Storm will also be demonstrating the joint solution in their Stand No 7.K11 (Hall 7).

The Next Web
Founded in 2008, The Next Web is one of the world’s largest online publications that delivers an international perspective on the latest news about Internet technology, business and culture. With an active, influential audience consisting of more than 5.1 million monthly visits and over 7 million monthly page views, The Next Web continues to expand its global presence on its website with the addition of new channels and content partnerships, as well as through events in North America and Europe.

LiveU
NewTek
The Next Web