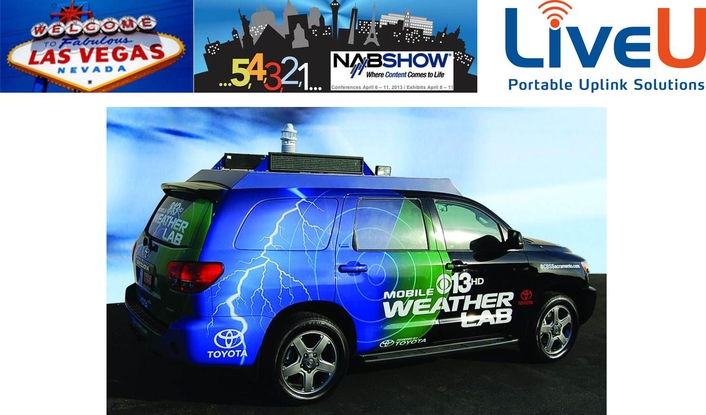 LiveU is Taking Video Transmission over Cellular and Satellite to the Next Level
LiveU, a leader in portable live video-over-cellular solutions, is demonstrating its complete integrated Xtender antenna solution for SNG (satellite newsgathering) and ENG (electronic newsgathering) trucks that complement existing satellite connectivity and dramatically improves cellular reception, bandwidth, resiliency and latency in every scenario. Based on LiveU’s fourth-generation bonded uplink technology, the integrated solution offers broadcasters the flexibility to use cellular connectivity as part of their existing SNG and ENG trucks, bonding cellular and satellite connections for the ultimate live video performance.

The solution will be displayed for the first time at NAB 2013, mounted on KOVR-TV’s (CBS Sacramento) weather truck, in the NAB Outdoor/Mobile area at the E-N-G Mobile Systems booth #OE820.

Wasserman continued, “In a different configuration, the tripod-mounted Xtender antenna can also be connected to LiveU’s other backpack and handheld units, offering even greater resiliency, performance and flexibility in crowded demonstrations, sports stadiums and other extreme scenarios. With extended wireless connectivity, the Xtender can be situated up to 1,000 feet/300 meters away from the uplink unit, offering far more than a regular cellular antenna.” 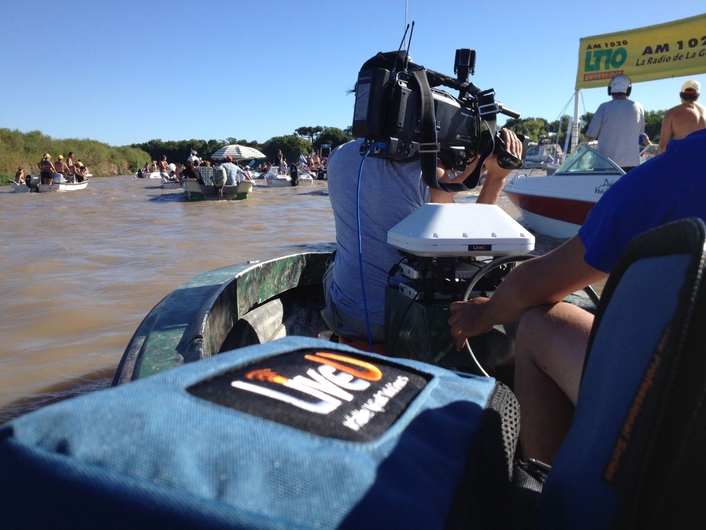 Telefe, Argentina's highest-rated television network, recently utilized the LiveU Xtender from a moving boat, while covering an “Open Waters Marathon” Santa Fe - Coronda on February 3rd, 2013. According to Telefe's Technical Director of Channel 13 of Santa Fe, "The Xtender more than doubled the amount of bandwidth we would typically get in that location, and gave us consistent transmission in a very congested area, where normally we would have difficulties obtaining a good cellular connection. The Xtender is a game-changer in such environments."

Ken Zamkow, LiveU’s Director of Sales and Marketing, will be speaking at the Broadcast Engineering Conference, at 10:00 am on Thursday, April 11, 2013 on “From Super Bowl to Varsity: Live Sports Coverage Using Cellular Bonding Technology” - IP for Television session.