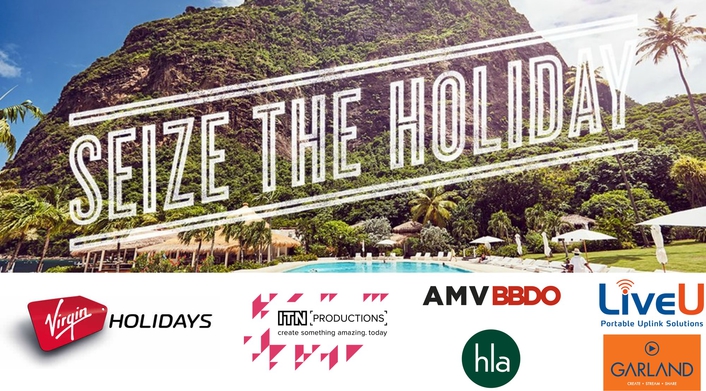 Created by Virgin Holidays agency AMV BBDO, LiveU was used around the world for 60-second live advert – Seize the Holiday - from locations including Thailand and Florida

Both UK television and online viewers were recently left amazed by an 18-location live advert for Virgin Holidays, created by its ad agency AMV BBDO, with LiveU technology central to its success. Aired during the September 10th edition of the X-Factor on ITV in the UK – and also via Facebook – the live advert immediately sent the world of social media into a spin. The Seize the Holiday campaign, of which this ad was the first, then continued for another six weeks.

ITN Productions, one of the UK’s largest production companies with both expertise and long experience in live programming, was first approached by AMV BBDO with the idea back in March of this year. Steve Gore-Smith, Head of Field Operations, ITN Productions, said, “We were immediately really excited by the possibilities but we could also see the very considerable challenges. We have handled a lot of very tricky situations with our news production but this was big, very big!”

Having considered satellite and fibre connectivity to bring the live images back to ITN’s London facility, the company instead turned to LiveU’s portable cellular transmission technology for flexibility, reliability and cost reasons. Already a customer, ITN was aware of the scale of the World Record breaking work that LiveU did with Sky News for the 2015 UK General Election. LiveU enabled Sky News to show 138 live video streams of the election results working with LiveU UK partner Garland Partners on the project. 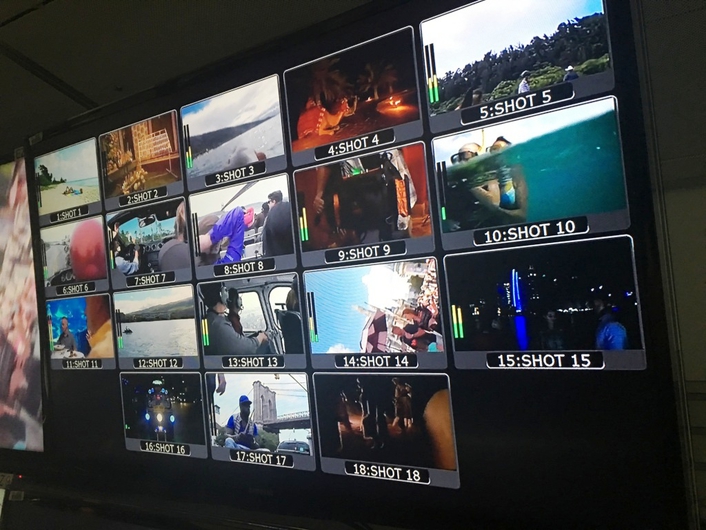 For the Seize the Holiday live advert project, Garland Partners and LiveU’s events team managed the considerable logistical challenges and liaised with all key parties. Having checked every global location in a very busy two-week July period for both creative and connectivity possibilities – ITN Productions used a LiveU LU200 field unit to do this – it was decided that 15 of the 18 locations would use LiveU units.

Steve Gore-Smith, Head of Field Operations, ITN Productions said, “We confirmed that LiveU would be our main acquisition technology both because of its flexibility and robustness and also the unified management system LiveU Central. We had to work with crews that we knew – there were over 90 people in total – and some that we never met. Therefore the technology had to be simple to use and easily managed from the UK. This LiveU Central easily allowed.”

Having completed a dress rehearsal the day before from locations including close to the Golden Gate Bridge in San Francisco to visiting temples in Bangkok via Disney’s Magic Kingdom in Florida, the ad was cut live by the gallery director and vision mixer at ITN’s London facility. 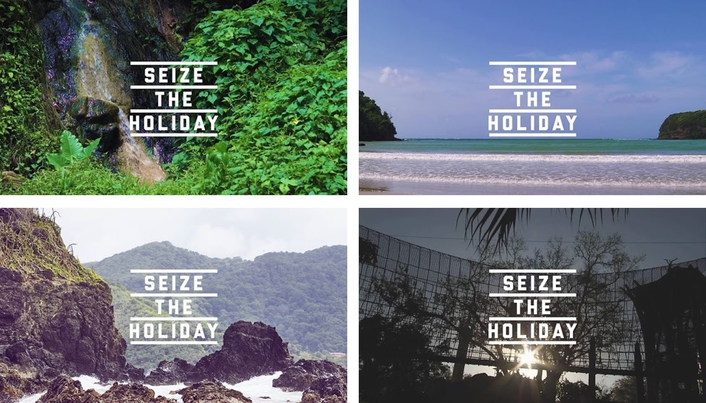 Ronen Artman, VP of Marketing with LiveU, said, “It’s stunning to think back to when LiveU launched and now look at how far we’ve come. This project was a huge achievement by everyone involved and shows how powerful and flexible our technology is. We’d also like to thank Garland Partners for the special effort that they put into this successful project.”

About Garland Partners
Garland Partners Limited is an established UK company working with leading suppliers of digital video streaming and IPTV solutions to deliver professional, end-to-end systems for many applications, including Internet TV, mobile TV, IPTV, and broadcast services. The company focuses on meeting customers’ system requirements, providing a full package of technical and commercial support with the best available products. Customers range in size and application, and Garland’s strength is its flexibility in matching the right technology to client needs.

About LiveU
LiveU sets the standard for high-quality and reliable live video acquisition, management and distribution over IP. LiveU's award-winning technology enables live video transmission from any location around the world with lightweight, easy-to-use equipment.  From backpacks to smartphones, and satellite/cellular hybrid to external antenna solutions, LiveU offers a complete range of devices for live video coverage anytime, anywhere. In addition, LiveU offers extensive cloud-based management and video distribution solutions. With top-tier customers in 80+ countries, LiveU’s solutions are being utilized for breaking and developing news and high-profile events, such as the FIFA World Cup™, Winter and Summer Olympic Games, Presidential Campaigns, Super Bowls, US Collegiate Championships and red-carpet events. LiveU’s solutions include multiple 4G LTE/3G, HSPA+, WiMAX and Wi-Fi cellular links, which are optimised for maximum video quality based on the available network conditions.