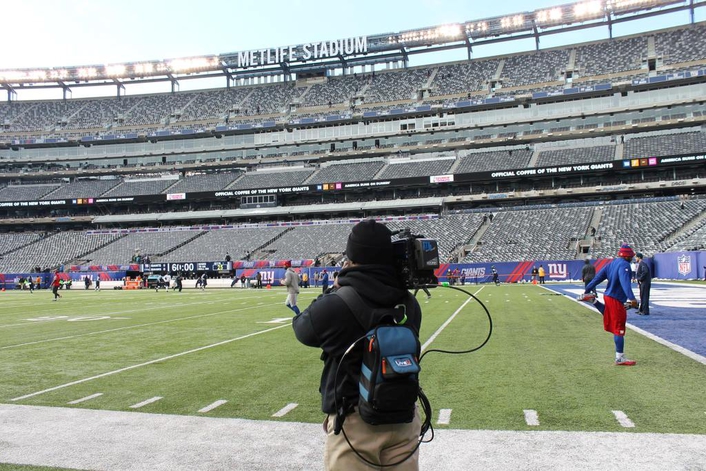 The most powerful and versatile uplink unit on the market - weighing only 2.2lbs (1kg), with new video encoder
LiveU, a leader in portable live video acquisition, contribution and management solutions, has announced that the company’s new smaller, stronger LU500 has taken the market by storm. Positive feedback is flowing across social media from news camera people while hundreds of LiveU units have been deployed by broadcasters and news agencies to cover breaking news and major sports events, including the Sochi Winter Olympics.

Weighing only 2.2lbs (1kg), the LU500 supports up to 14 network links including six-eight internal bonded connections.  “We were very happy to discover that with the LU500 there was no trade-off between performance and size!", said Peter Sockett, Director of Engineering and Operations, WRAL - Capitol Broadcasting Company. "The unit has performed extremely well for us and is much easier to carry and control. We immediately sent it on the road to San Antonio to cover the first round of March Madness and it worked perfectly!".

Greg DeBross, Managing Editor at KOKI (Fox23), Television Station Tulsa, Oklahoma, says on Twitter, “Best way to not get a live truck stuck in a brush fire, send a tiny backpack. #LU500.” He added, “Michael Barber with the LU500. Go live anywhere, any time and not break your back.” As Price McKeon, Fox 23 MMJ/Reporter, says on Twitter, “How cool is this? The station on the other side of town can control the #liveu backpack.”

The LU500 benefits from LiveU’s proprietary antenna modules for greater resiliency and is powered by LiveU’s new multi-processor video encoding engine. Available in backpack or camera-mount configurations, the LU500 is integrated with the LiveU Central browser-based management system for easy control and geo-tracking of all LiveU systems, feeds, and apps from anywhere.

Key design factors in the creation of the LU500 were performance, resiliency, size, weight and portability. William Seiders (@BseidersPhotog), recognizes this, “This is one of the coolest things I did in my TV career. Covered a bike race live on the back of a motorcycle using LiveU.”

The LU500 will support the new H.265 (HVEC) video codec for even greater resiliency and HD video quality, transmitted at half the bitrate. Once available, customers will be upgraded to the latest supported hardware. 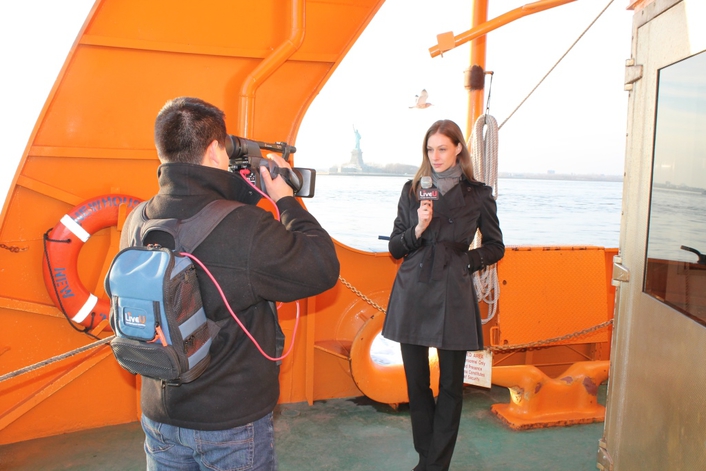 LiveU’s products achieved excellent results at the recent Sochi 2014 Winter Olympics with the new LU500 providing exceptionally high performance. Dozens of LiveU units were deployed by broadcasters and news agencies from around the world at any one time, supported by LiveU’s dedicated onsite team. The units transmitted over 500 hours using approximately 0.5TB of data with reporters sharing their excitement over Twitter.

2014 is a huge sporting year with the Winter Olympics having taken place and the FIFA World Cup™ in Brazil on the horizon. At the World Cup, LiveU will support hundreds of networks, stations, and online media from over 30 participating countries. LiveU and its partners will offer the full suite of solutions, as well as onsite, and dedicated, local support in the 12 host cities.

Samuel Wasserman, LiveU’s CEO, said, “Both the scale of the uptake of the LU500 and the stream of positive feedback are very encouraging. This is a clear example of us listening to the market, using our pioneering experience in the field, and then taking all of that to develop a product that is immediately recognized as the preferred uplink solution for global broadcasters.”

LiveU will present its full range of portable uplink solutions at the NAB 2014 Show, April 7-10, at the Las Vegas Convention Center, booths #SU8513. LiveU will also be showing its advanced mobile newsgathering truck in the Outdoor Exhibit area, booth #OE825.

Ken Zamkow, LiveU’s Head of Marketing, US and The Americas, will be speaking at the Broadcast Engineering Conference, at 10:30 am on Thursday, April 10, 2014 on “The Evolution of Cellular Bonding” - Wireless Solutions for Ancillary Broadcast Services session.