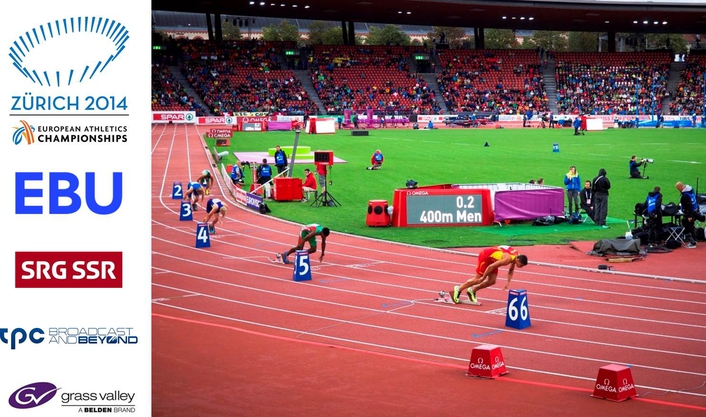 Grass Valley worked with the EBU to cover HDR footage live at the European Athletics Championships in Zurich
Grass Valley recently collaborated with the European Broadcasting Union to capture High Dynamic Range (HDR) footage during a live event for the first time. A specially prepared Grass Valley LDX Series camera was employed at the August European Athletics championship in Zurich to capture HDR output in 1080p/50 in parallel with regular processed video output in 1080i/50.

Together with host broadcaster tpc and EBU member SRG SSR the EBU initiated a project to shoot footage at the Zurich European Athletics Championships in August 2014 that would represent UHDTV Phase 2 requirements, such as HFR, HDR and higher resolution. The project was supported by: SRG SSR, tpc, ARRI, Grass Valley, Kamerawerk.

High Dynamic Range (HDR) capture, an expansion of the ratio between the lightest and darkest parts of the video image, is viewed by broadcasters as the next big improvement in the viewing experience for the next generation of broadcast formats. Today, the dynamic range of television images is much lower than what the naked eye experiences in the real world, but new technology is beginning to address those limitations. SRG SSR, TPC, ARRI, Grass Valley and Kamerawerk worked with the European Broadcast Union (EBU) to capture HDR footage live for the first time. 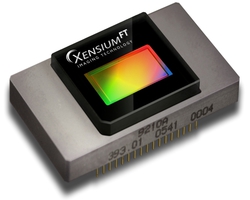 A specially prepared Grass Valley LDX Series camera was employed at the 2014 European Athletics championship in Zurich to capture HDR output in 1080p/50 in parallel with regular processed video output in 1080i/50. The Grass Valley Xensium-FT is the only imager to offer this level of dynamic range in a regular 2/3″ broadcast camera for live applications. Both signals were recorded live onto a Grass Valley K2 Summit 3G media server for further tests and were used in HDR demo reels shown at the EBU stand and the Dolby stand at IBC 2014.

“With all the talk about UHD and 4K, there are a number of questions about how to best deliver the stunning images viewers are looking for,” noted Yvonne Thomas of the EBU. “Grass Valley’s ability to capture HDR content with its existing camera is a very exciting development. We believe that HDR is a critical part of the movement toward enhanced video broadcast, and will be a technology area that receives a lot of attention in the coming months.”

In conjunction with solutions that deliver higher resolution, higher frame rates, and an extended color gamut, HDR is a significant factor in the next generation of broadcast formats. Viewers expect ongoing improvements in image quality that make content look as realistic and vibrant as possible. Grass Valley is committed to helping its customers deliver on that promise with solutions that are future-ready and positioned to take advantage of the latest technologies.

“Our test with the EBU showed that we have the ability today to provide HDR video in live applications thanks to our innovative imaging technology,” said Marcel Koutstaal, vice president, camera systems, Grass Valley. “Through this process, we learned a lot and will be making improvements based on the results. We are the only supplier that can offer a regular 2/3″ broadcast camera which supports live HDR operation. More tests are on the horizon, but this is clearly an area where we show that the pixel count alone is not the only factor that defines an improved viewer experience.”