Litepanels Illuminates the World of Vampires in New Orleans 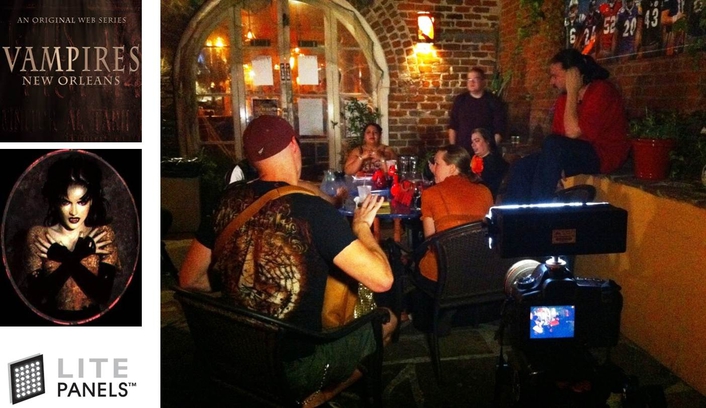 “Vampires: New Orleans” - The series was recently launched on YouTube
There is a sect of New Orleans residents who believe they are vampires. To capture their story, cinematographer Austin Smoak needed to film in dimly lit bars and houses in the French Quarter and on the streets at night. To stay lightweight and low profile, she equipped her DSLR cameras with the MicroPro™ and MiniPlus™ from Litepanels®, part of Vitec Videocom, a Vitec Group company.

“We had chosen to shoot on Canon DSLRs for the look but, also because it was easier to get people to be themselves around a smaller, less imposing camera. The DSLRs have great low light capability but all too often, we found ourselves in scenes that were far too dark for even the DSLR to pick up and still be good,” Smoak explains. 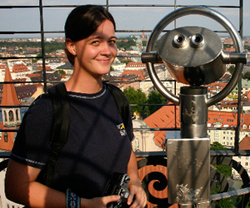 “The Litepanels fixtures were perfect because they were easily adjustable and slid right into the hot shoe of the DSLRs. We mixed and matched the Micros and Minis depending on what we were doing. The Minis were great because they put out a great deal of light and would quickly light up the scene and let us tell the story but , they’re a little larger than the Micros. For situations where we wanted to be lower profile, or just knew we wouldn’t need all the punch, the Micros worked great! The Micro tends to be a perfect weight for mounting on some of the smaller cameras,” she adds. “I also like that the Micros take double AA batteries, which are easy to get in a pinch, unlike the Minis where the batteries needs to be charged.

“One of the other benefits to both lights was how small they are for the amount of light they put out,” she continues. “That was a definite must while shooting ‘Vampires’ as we were often on location in the French Quarter where we did a lot of walking with our gear. Having compact, lightweight gear that we could easily toss in our bags was a plus.

“I was incredibly happy with the ability to easily adjust the Litepanels fixtures,” she adds. “Their compactness and the amount and quality of light they put off is great. There is no doubt that there are several situations on ‘Vampires’ where we simply could not have covered the story if we didn’t have Litepanels with us.”

“Vampires: New Orleans”, a documentary-based web series about people who believe they are vampires, airs on www.vampirestheshow.com. The first season of the 8-10 minute webisodes concluded in May. Season 2 will begin soon. The series was also recently launched on YouTube.