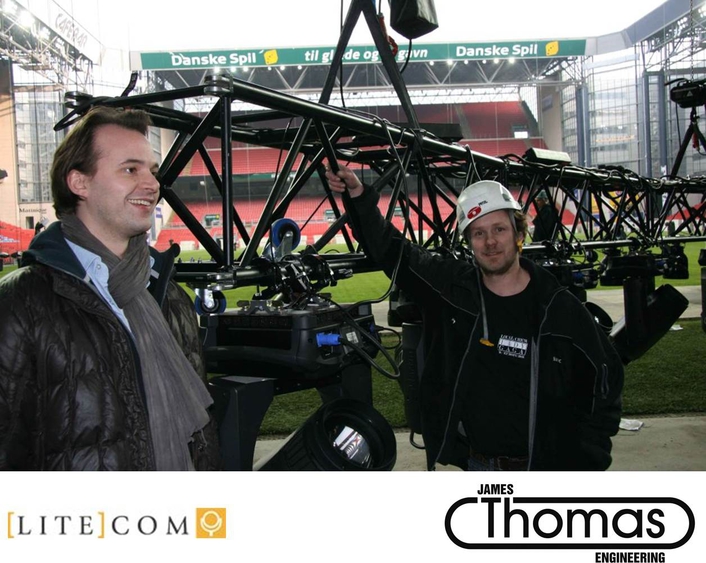 Litecom took delivery of Supertruss amounting to 265 metres in length – more than two and a half football pitches – and it has been in constant use since. The truss has been on all the major televised shows in Denmark, such as the Sports Award show, P3 Gold, X Factor, the Zulu Awards and the National Eurovison show.

Litecom MD, Kristian Dreier, explains, “We wanted to start up our own rigging department to make everything easier, more flexible and to be able to rig our own projects, with black truss, instead of the normal aluminium look we could rent.”

“No one in the television industry likes to look at aluminium trusses, so we’ve always had to cover them with black drapes. It takes a long time and the result was never perfect. It is fantastic not to have to drape the truss and it just looks cool.”

Litecom’s designer, Kasper Lange, agrees wholeheartedly, “The James Thomas Truss is very easy to build so all the staff here definitely love it. Importantly though, it looks fantastic and our clients love the whole idea of having a black roof. I really can’t think of one television show where I wouldn’t use black truss”

“Would I buy it again? Yes. And again and again! Not only is the truss fantastic but working with James Thomas and Light Partner is really easy – the whole transaction was really fast and simple throughout.”