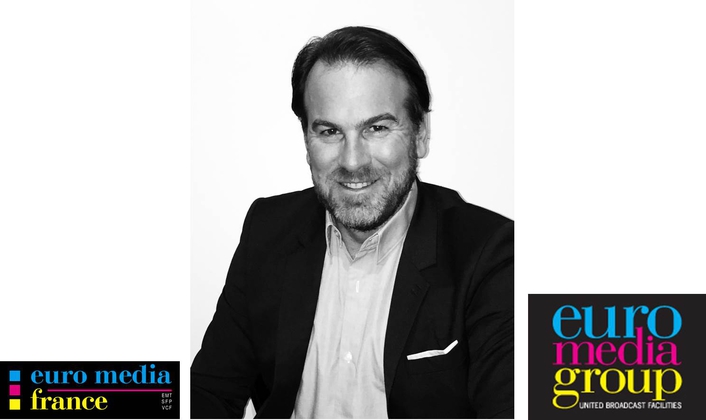 Drawing on his experience and in-depth knowledge of the broadcasting industry, Lionel Vialaneix will be responsible for boosting the development and accelerating the transformation of Euro Media France, placing innovation at the heart of its strategy, for the benefit of our customers.

He will be working closely with Thomas Christin, Deputy CEO of Euro Media France.

About Lionel Vialaneix
Aged 48 and father of three children, Lionel Vialaneix brings more than 25 years of experience in the broadcasting industry to this new role. He was, notably, Production director of the world feed for the 98 World Cup before joining Visual TV, where he worked on numerous productions in the field of sports, concerts and live shows.

About Euro Media Group
As the European industry leader, Euro Media Group is present in 7 countries: France, Belgium, Netherlands, Germany, UK, Switzerland and Italy. As a technical integrator, the Group is active across the entire production process, handling every aspect from filming though to content delivery.
Today, Euro Media Group is one of the few independent providers in Europe known world-wide for its technical expertise. Focused on new media, Euro Media Group is recognized for its wealth of experience in international sports, live performances and entertainment production. Offering a large range of services, advanced knowledge in technology and a strong ability to innovate, the Group provides clients with its specialist knowledge, delivering a high quality service. The Group owns the largest range of studios and mobile units, providing its customers with the greatest collection of studios and fleet of mobile facilities in Europe.