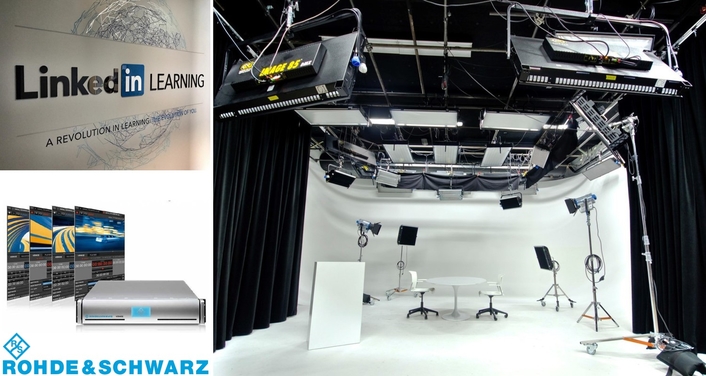 For more than 20 years, LinkedIn Learning (formerly known as Lynda.com) has produced thousands of hours of high-resolution video tutorials for it’s more than 7,000 courses for business, software, technology and creative skills. To keep up with the ever-increasing demand, producers with the LinkedIn Live Action Production team knew they needed to streamline and upgrade their workflow to record and distribute such copious quantities of content in 4K and HD video.

They selected R&S VENICE 4K and VENICE 2U ingest and playout platforms for live capture and delivery of the network’s instructional programming to its internal SAN (storage area network) for editorial and distribution. LinkedIn Learning has 12 channels of R&S VENICE 4K and 12 channels of R&S VENICE 2U in-studio recording from its 12 stages in Carpinteria, CA and newly added stage in New York City. Green screen and live video capture is produced daily within the LinkedIn Learning stages

“When we were first looking for a solution, Rohde & Schwarz was the first to come out with a live, 4K ingest system,” said Bob Bender, Senior Manager of Live Action Production, LinkedIn. “We knew of the company’s reputation for top-notch support and technology, particularly for live encoding. We couldn’t be happier with their performance. They’ve extended our production capabilities and made the overall flow of our operation much smoother.” 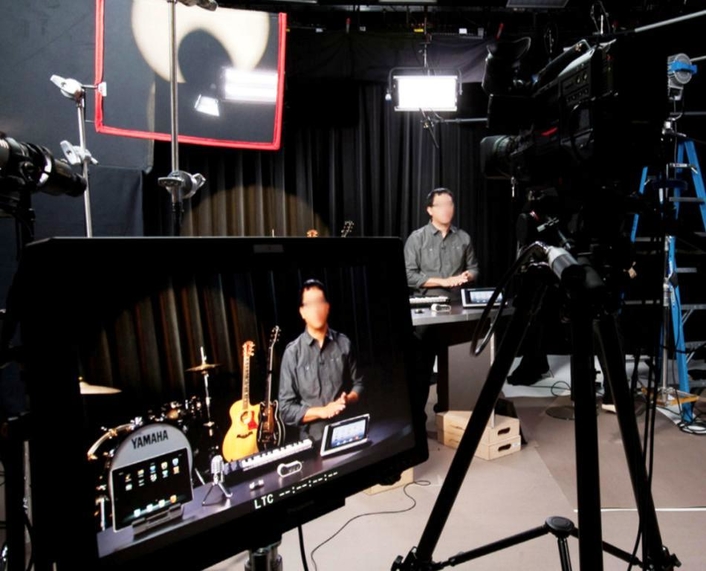 The particular day-to-day benefits of R&S VENICE that Bender points out is the ease of use of the system’s GUI and the server functionality: “It’s very easy to navigate and efficient. We appreciate that the complete R&S VENICE as a system a great deal, especially when you’re on the platform as much as we are.”

The LinkedIn Learning division is not the only part of LinkedIn using R&S VENICE. The LinkedIn Media Production team, who support live broadcast and studio based video production within the company, has 14 channels of R&S VENICE 2U units for studio, live ingest and playout from its multiple locations including mobile systems. Triggered by a Grass Valley production switcher, 14 channels of HD video from the R&S VENICE systems, store, playout and transcode content that includes live content, corporate training, internal & public facing video production initiatives. 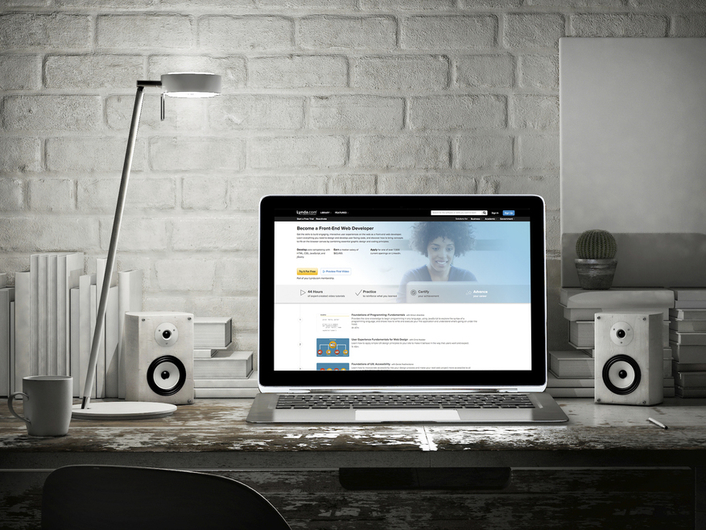 LinkedIn connects the world’s professionals to make them more productive and successful and transforms the way companies hire, market, and sell. Our vision is to create economic opportunity for every member of the global workforce through the ongoing development of the world’s first Economic Graph. LinkedIn has more than 400 million members and has offices around the globe.

The Rohde & Schwarz electronics group offers innovative solutions in all fields of wireless communications as well as in IT security. Founded more than 80 years ago, the independent company has an extensive sales and service network with subsidiaries and representatives in more than 70 countries. On June 30, 2016, Rohde & Schwarz had approximately 10,000 employees. The group achieved a net revenue of approximately Euro 1.92 billion in the 2015/2016 fiscal year (July to June). The company is headquartered in Munich, Germany, and also has strong regional hubs in Asia and the USA.