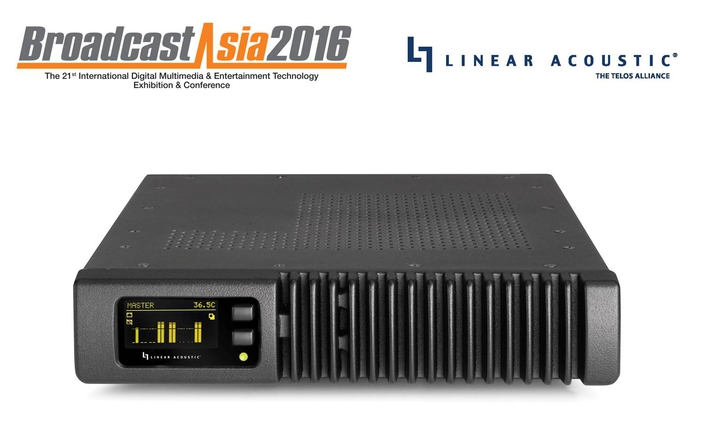 Convenient, Flexible, and Simple to Use SDI to Audio Over IP (AoIP) Interface

The Linear Acoustic® SDI xNode™ is a crucial bridge between SDI and Audio over IP (AoIP) systems.  For the first time, TV facilities can take advantage of fully distributed I/O and Audio over IP for HD/SD-SDI signals, enabling incredible flexibility in audio routing and distribution (BroadcastAsia Booths 5C4-01 (GBS Alliance Booth) and the German Pavilion 5C7-06 (with Minnetonka Audio)).

“The SDI xNode is particularly welcomed by broadcasters operating combined radio/TV facilities,” Shaw adds. “Until now, radio engineers who wanted to exchange audio between the TV and radio sides of the building had to round-trip it, converting from digital to analog, and back to digital.  The SDI xNode eliminates all that. Sharing audio between TV and radio studios just became significantly easier with an improvement in the audio quality.”

One SDI xNode is capable of de-embedding multiple channels of audio from its dual SDI inputs, taking audio from standard-definition and HD SDI streams, and translating them to real-time Livewire+™/AES67 audio streams — which can then be routed to an AERO.soft™ Processing Engine or to destinations throughout the plant. Livewire®, the broadcast AoIP technology introduced by Telos® in 2003, now powers more than 6,500 broadcast studios worldwide. Livewire+ is completely AES67-compliant, ensuring interoperation with the growing number of broadcast devices that support the AES67 standard.

The SDI xNode is both compact and powerful; two may be racked side-by-side in just one RU. Each SDI xNode manages dual, independent HD/SD-SDI paths, and can de-embed, shuffle, and re-embed up to 16 channels of audio on each SDI path, while translating up to 16-channels of audio, bi-directionally, between the SDI and AoIP domains. Compensating video delay for each SDI input maintains audio/video synchronization. Each SDI xNode features a built-in, auto-sensing power supply suitable for use worldwide; an optional external redundant power supply is also available to ensure uptime.

The Linear Acoustic SDI xNode is part of the Telos Alliance xNode family, which includes Analog, AES/EBU, Microphone, GPIO and Mixed-Signal versions from sister brand Axia® Audio. All xNodes are all equipped with dual-redundant Ethernet ports, and a redundant power plan including automatic failover.

About Linear Acoustic
Linear Acoustic continues to innovate the industry toward high quality television audio that is naturally compliant. The company designs and manufactures the AERO™ range of real-time and file-based loudness managers, UPMAX® upmixing solutions, loudness metering products and standards-based codecs for distribution and emission. The Emmy® Award winning company is the television part of audio technology leader The Telos Alliance.