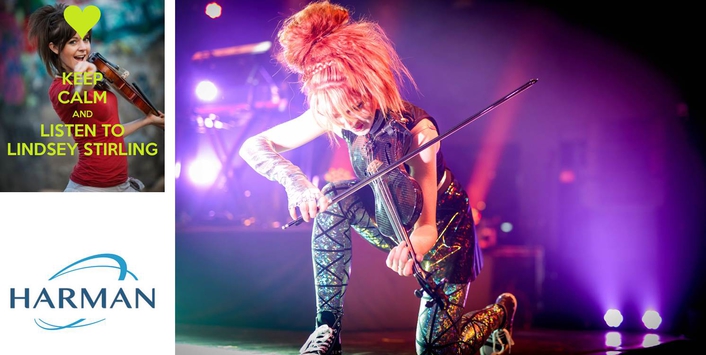 Lexicon, dbx and JBL enable front of house engineer, Rob McWhorter, to stay in step with the dancer and electronic music star

During her live show, Stirling twists and twirls alongside four dancers while switching between four violins. “The fact that Lindsey can play as stably as she does while she’s moving is amazing, but working on Lindsey’s violins can still be complicated,” said Rob McWhorter, front of house engineer for Stirling. “A violin is an acoustically based instrument but, with the band’s EDM, dubstep, electronic and pop dance style influences, we have a lot of volume. We can’t keep a live mic in check with Lindsey and instead need to run all of her violins direct.” 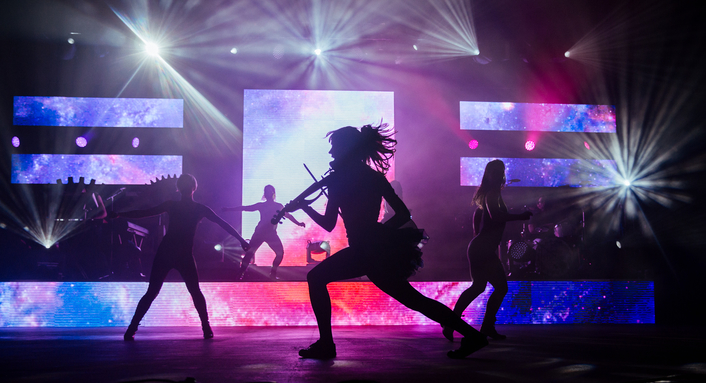 “Always having a direct signal means there’s a lot you need to do to make the sound as big and natural as possible,” McWhorter said. “ One of the key elements of Lindsey’s violin sound is reverb, and on this tour, I have a pair of Lexicon PCM 96s to help give me the biggest, most spacious and ambient reverb as possible, so I can run them very wet and still sound natural.” McWhorter further deploys the Lexicon PCM 96s for Sterling’s vocals and the drum kit. 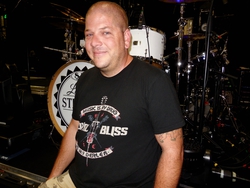 Having worked with Stirling since her debut tour four years ago, McWhorter also serves as her production manager and uses JBL speakers for onstage monitoring. “All of our monitors are JBL, and we’ve been using them since day one. In the four years that we’ve had them, I’ve never had to replace a driver. We use a drum sub, wedges at the keyboard position and side fills for the dancers. That way, if any of their IEMs go out, I know they’ll still be able to hear the mix. The JBLs are solid and never let me down.”

Stirling catapulted into the limelight as an acclaimed violinist and performer with her self-released and produced music videos on YouTube, which have garnered more than 1.4 billion views and more than 8 million subscribers. With her unique blend of Celtic folk, classical, dubstep and dance, her debut and sophomore releases have both topped the Billboard Album charts and, to date, her tours have sold more than 500,000 headline tickets worldwide. Lindsey’s highly anticipated third studio album, “Brave Enough,” will be released on August 19 through her own imprint, Lindseystomp Records.

ABOUT LINDSEY STIRLING:
Lindsey Stirling is one of the biggest artist development breakthrough stories in recent years. A classically trained violinist from Gilbert, Arizona, Lindsey has entered a futurist world of electronic big beats and animation, leaping through the music industry with over 8 million YouTube subscribers, over 1.4 billion views on her YouTube channel, Billboard chart-topping hits and sold out tours worldwide. Lindsey’s self-titled debut album includes the viral smash “Crystallize,” which has racked up over 150 million YouTube views. The album reached #1 on Billboard’s Dance/Electronic Chart and Classical Album Chart, earned her a 2014 Billboard Music Award nomination for “Top Dance/Electronic Album,” and was recently certified Gold by the RIAA. Lindsey’s 2014 sophomore album Shatter Me, debuted at #2 on Billboard’s Top 200 album chart and has sold over 332,000 copies to date in the US alone. The album includes a collaboration with Halestorm lead singer Lzzy Hale on her smash single “Shatter Me,” which has over 54 million views on YouTube. The album took home the 2015 Billboard Music Award for “Top Dance/Electronic Album” of which Avicii, Disclosure, Calvin Harris and Skrillex were also nominated. Her critically praised 2015 US summer tour included headline shows at venues such as Red Rocks Amphitheater in Denver, which she sold out, New York’s Central Park Summerstage and the Greek Theater in Los Angeles. To date, Lindsey’s tours have sold over 500,000 headline tickets worldwide. Lindsey also ranked #4 on Forbes Magazine’s inaugural “YouTube Millionaires” list in November 2015, on which she is the highest paid female. In January 2016, Lindsey released her first book with Simon & Schuster, a memoir called “The Only Pirate at the Party.” Co-written by her sister Brook S. Passey, the book debuted on the New York Times’ best-seller list. Additionally, Stirling is the model of a modern independent recording artist who has a symbiotic relationship with her fans. A motivational speaker in her spare time, Stirling uses her own story to show teenagers that you’ve got to have confidence in the very thing that makes you unique – then wait for the world to catch up.