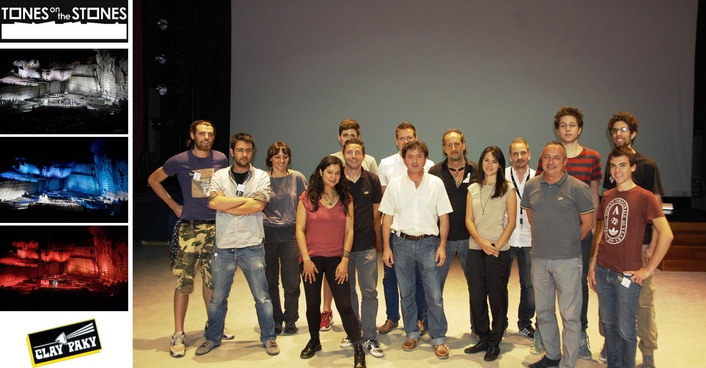 Clay Paky hosts a workshop and lighting contest for young lighting designers as part of the “Tones on the Stones” Festival
A workshop and selections for a lighting contest for budding lighting designers were held on 7 and 8 July at Clay Paky. Those chosen will perform their shows during Tones on the Stones, the well-known theatre and music festival that takes place in the marble and granite quarries of Val d'Ossola from 17 to 20 July.

The two days at Clay Paky were very busy and were marked by a course for the budding lighting designers on controlling moving lights from the lighting desk. The course was held by the Sales Support Engineering Managers Massimo Piccinini and Giulia Sabeva in Clay Paky's spacious showroom, where all the products the Bergamo-based company sells are on display, including those that will be used to light up the four Tones on the Stones evenings.

The second day was devoted to selecting the six finalists: each candidate lighting designer had half an hour to program their thirty-second light show, assisted by Clay Paky's lighting designer and programmer Marco Zucchinali. 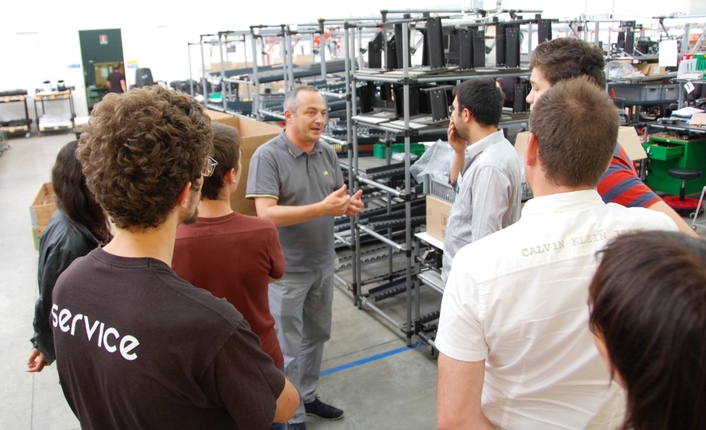 The shows were performed in the afternoon before the jury, who - just like in any self-respecting talent show - expressed their unquestionable verdicts during the final stage. 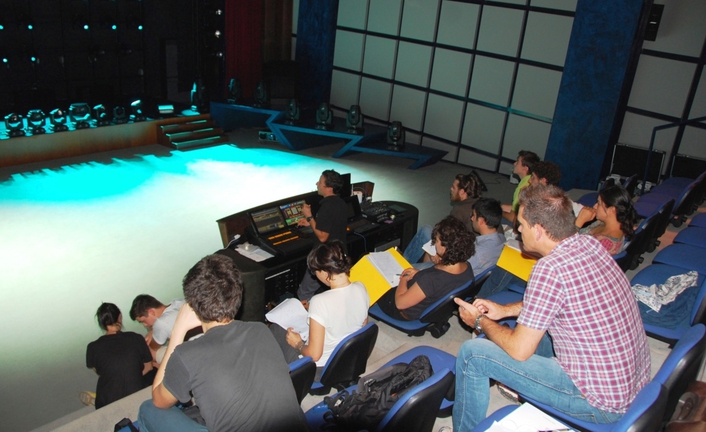 They will perform in two different shows during the Tones on the Stones festival: the first involves the interpretation of a piece of electronic music with lights during the Nextones evening on 18 July, and the second will focus on a piece of instrumental music concert on Sunday 20th July by title "American Sweets" show, which will see a host of international jazz ensemble, which includes, among others, the Brass of the Teatro alla Scala with Roberto Olzer at the piano and bass Yuri Golubev, performing  the most well-known musical themes of American cinema.

We therefore look forward to seeing you all in Cava Palissandro Marmi – Gruppo Tosco Marmi di Crevoladossola (VB), to spend an alternative evening of art, music and entertainment surrounded by nature!

Teaser “Tones on the Stones” Finalists

Tones on the Stones
Clay Paky