LeRoy Bennett and Peter Johansen to Reconnect at Entech

Trent Reznor (of NIN) and Beyoncé — lit by LeRoy Bennett
Leading production designer LeRoy Bennett and lighting visionary Peter Johansen will become reunited in July this year — down under.

Responsible for specifying what was eventually more than 500 of SGM’s game-changing X-5 white strobes on Beyoncé’s The Mrs. Carter Show World Tour in 2013 — his unforgettable strobe dominated ‘Wall of Inferno’ creating one of the brightest stage displays ever — Bennett heads the line-up of speakers at Entech Connect, Australia’s evergreen trade and technology show.

The conceptualiser, who has worked with many of the world’s top artistes, will be discussing his personal philosophy of design on the opening morning of Entech Connect, which takes place at the Royal Exhibition Building, Melbourne (July 23-24). 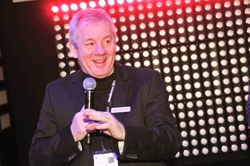 SGM will also be heavily involved in collateral events, sponsoring the Visitor Network Evening partnership, while Peter Johansen himself will give a one-hour seminar presentation, revealing The Future of Lighting Technology (on July 24th).

At the same time, SGM will also be exhibiting with their territorial partner, Entertainment Technology Australia (ETA) — who launched the SGM portfolio onto the Australian market at last year’s Entech show in Sydney.

ETA’s Managing Director Dave Croxton commented, “The momentum we created by reintroducing the new-look SGM brand last year has certainly been sustained; our customers have responded positively to the unique solutions offered by these stylish low profile LED displays in a wide range of touring and install applications.”

LeRoy Bennett himself became an early adopter of the X-5 white strobe as soon as it was launched in the States towards the end of 2012. Aside from his work with Beyoncé he also saw a role for them on the sets of industrial band, Nine Inch Nails and heavy metal giants Rammstein — the latest in a long line of solutions masterminded over recent decades by Peter Johansen, both currently and in his previous incarnation. 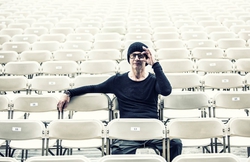 In fact down the years both men have frequently scooped top industry awards on both sides of the Atlantic and today LeRoy acknowledges that “once again Peter has created a very successful product! I was impressed by the combination of power consumption, brightness and rugged design of the strobes.”

Over the years the designer has routinely come to rely on lighting solutions in which Peter Johansen has had a guiding hand. Says Peter, “It is great to be involved with Roy again on such groundbreaking events. Our relationship dates back to the early ‘90s … in the days when we were providing scanners and early moving lights. Roy was also breaking boundaries back then — in fact I think we were both raising the bar.”

On his website the designer describes keeping things fresh as “a very painful process”. He says, “ I don’t like to repeat myself … any time new technology comes out that helps to keep things fresh.”

And SGM will ensure that supply line of unique technology continues.