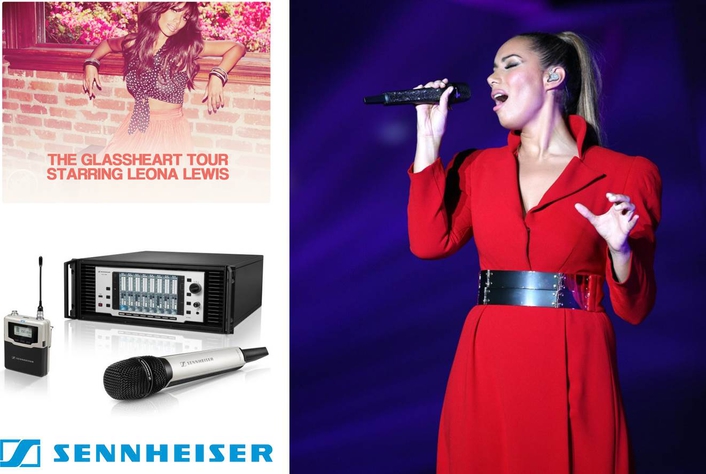 .
Playing in venues of widely different sizes is always a challenge for sound engineers, but when singer Leona Lewis toured the UK in May to promote her latest album Glassheart, Sennheiser 9000 series digital wireless systems, Neumann AES42 digital wired microphones and K-array loudspeakers helped to ensure that the sound was always transparent.

The tour’s venues ranged from regional concert halls like the Ipswich Regent and Newcastle City Hall, through the Brighton Centre and London’s Royal Albert Hall to arenas in Birmingham and Liverpool. Despite playing to an ‘Academy’ style seating plan in the arenas, the acoustics were obviously very different in the various venues.

“The K-array system really proved its worth throughout the tour, complementing the main Meyer PA system and achieving remarkably seamless coverage,” says Lewis’s regular Front of House engineer Dave Wooster who is very familiar with Sennheiser products. “For example, at the smaller venues like Ipswich, Nottingham and Oxford, it is so compact that we were able to keep sight lines as clear as possible while covering the maximum amount of seats.

“In contrast, at the Albert Hall we had two full KR402 systems down the front - one at stage level and one at the top of the choir stalls - and a set of four KK102 elements across the front of the stage. This configuration gave us full coverage for the required 280º horizontally and the massive height requirement, right up to the standing room area in the gallery. 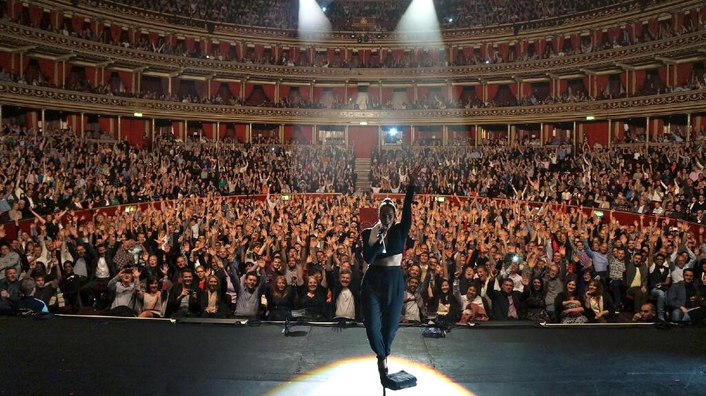 “The stack at the stage edge was about two metres from the nearest seat, but was still required to throw a good 15m to where the coverage transitioned into the main system. The true line array nature of the system meant that there was no complaint about the volume from the closest seat, but the furthest seat could still hear perfectly.

“It’s a versatile system and we were able to really make the most of it. It helped to cover the stalls perfectly with a wide and penetrating pattern.”

“The remarkable clarity of the 9000 series means that every gig showed off all that’s great about Leona’s voice. The vocals were truly stunning,” he says. “In addition, the drums with the Neumann mics were powerful and punchy, the guitars full and dynamic. And the string section really showed how the 9000 series body packs perfectly captured their character. Having a system that fully and accurately captures the full audio spectrum without effecting the audio needs to be heard by all engineers, the benefits are staggering.”

Using the SD7’s virtual soundcheck facility, Dave was able to listen back to the performances utilising a pair of Neumann KH 120 monitor loudspeakers and demonstrate the benefits of the digital microphones to the touring musicians.

“Every time I listened back after the show, I was finding that they added more and more to the mix,” he says. “Tom the drummer commented very favourably on the desk mix. The KM185s captured a dynamic from the toms and snare that made a massive difference and the clarity of the cymbals was staggering - both the ride and hats accurately captured the percussive feel of his playing.

“Adrian, the guitarist, also commented on the audible difference. He thought the presence of the electric guitar was excellent - the TLM103Ds on the guitar amps allowed the depth of range and volume to be transferred to the main system beautifully. He also heard the difference the 9000 instrument pack made to his acoustic guitars.

“With such presence and extreme accuracy nothing could hide, or was missing, from what the system captured.”