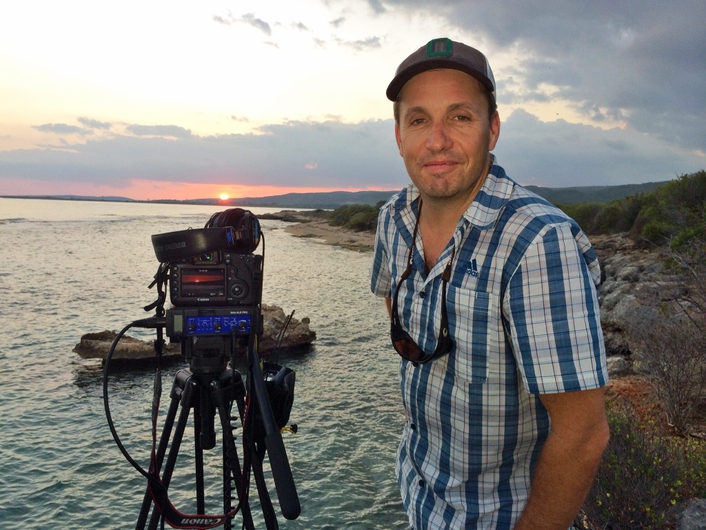 Audio quality and robust performance ideal for work in remote locations
Location sound work—by its very nature—almost always poses a variety of technical challenges: be it RF agility in dense metropolitan areas or range and related issues in remote locations. Capturing clean, broadcast quality audio is never something to be taken for granted. Welcome to the world of travel documentaries. Regardless of the destination, quality audio performance is a key issue and, to ensure the best possible sound, the production team of White Nile Media, Inc. relies on Digital Hybrid Wireless® technology from Rio Rancho, NM-based Lectrosonics.

Didrik Johnck is the Director of Content & Production for LA-based White Nile Media, Inc. Johnck has been creating award-winning content for almost two decades. With over 100 productions and 400-plus webisodes under his belt, he’s received Emmy Awards in the category of Cultural/Historical Documentary, Telly Awards in the category of Travel/Tourism Documentary and Cinematography, and the prestigious Lowell Thomas Gold Award in Travel Broadcast Journalism. With a background of this caliber, Johnck certainly knows what to look for in wireless microphones. He discussed his fondness for the Lectrosonics UM400a beltpack transmitter and UCR401 compact receiver.

“We handle production for Richard Bangs’ Quests, a production of American Public Television that airs on PBS stations nationwide,” Johnck explained. “The show takes viewers on a passage that not only celebrates the joy and discovery of movement and the great tourism assets of a destination, but also showcases travel that makes a difference. One of our locations was to the Iguaçu Falls in Brazil. It is one of the great natural wonders of the world situated near the border of Brazil, Paraguay, and Argentina.”

“For this episode, titled Richard Bangs’ South America: Quest for Wonder,” Johnck continued, “we had multiple locations where the host, Richard Bangs, was working and just getting soaked by the back spray coming from the falls.  Because of the extreme moisture from the water, the production crew had to capture much of this shoot from considerable distances so as not to risk moisture damage to our gear. The Lectrosonics M152 lavaliere microphone and the UM400a beltpack transmitter were, of course, positioned on Richard. The equipment performed flawlessly throughout the entire shoot—providing exceptional audio clarity over a considerable distance, all the while enduring the dampness that permeates everything adjacent to the falls.”

In addition to the UM400a transmitter and UCR401 receiver, Johnck reports some legacy Lectrosonics gear was also used on the project. “Karel Bauer, our DP on this project, brought some older, bombproof Lectrosonics gear as well,” Johnck said. “We used his M187 beltpack transmitter and CR185 receiver without the slightest hiccup. I never cease to be impressed with Lectrosonics’ audio quality, the rugged build of the gear, and its compact, lightweight size.”

Johnck notes that, in the seven years he’s been working with Lectrosonics equipment, it has never let him down, “Since I started using Lectrosonics gear back in 2007, I’ve never once had to make a call to the company for tech support or repairs. In my opinion, that in itself speaks volumes about the quality of their products.”

Before turning his attention to an upcoming project, Johnck offered these final thoughts regarding his experience using Lectrosonics equipment, “From jungle like humidity, to extreme temperatures of the Himalayan mountains, or desert sand that works its way into every crack and crevice; simply put, we work in environments where most electronic equipment is just not happy. The Lectrosonics gear is well made and has never failed. This level of performance and reliability instills confidence in the equipment and helps me sleep well at night. When I sleep well, I’m more creative and, ultimately, that is reflected in the products we create.”