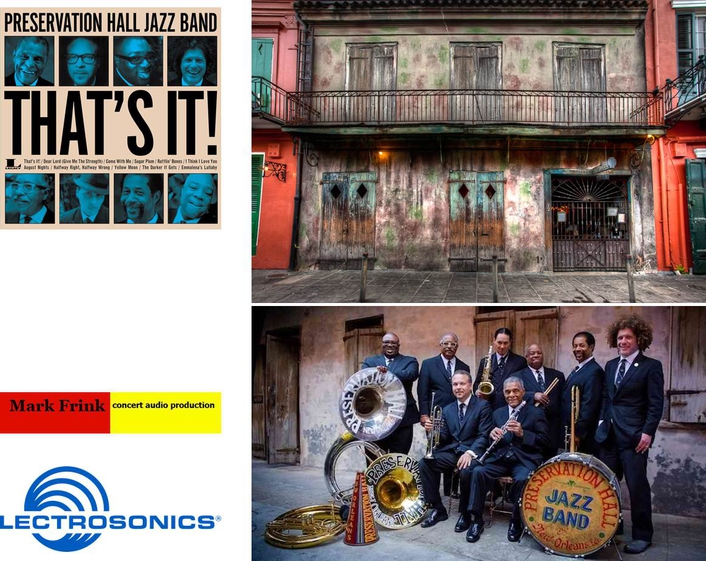 Their recent performance at Jacksonville’s Robert E. Jacoby Symphony Hall in the Times-Union Performing Arts Center, home of the Jacksonville Symphony Orchestra, was yet another opportunity for music enthusiasts to enjoy one of jazz music’s most time honored ensembles on Tuesday, March 25, 2014. And to help ensure every last note was heard throughout the hall—exactly as it was intended to sound—Digital Hybrid Wireless® technology from Rio Rancho, NM-based Lectrosonics was utilized. 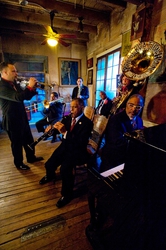 Mark Frink, audio and RF engineer for the Jacksonville Symphony Orchestra was on hand to lend his expertise for the Preservation Hall Jazz Band concert, utilizing a Lectrosonics Venue with Lectrosonics LMa beltpacks and HH handheld transmitters. He discussed various aspects of the project.

“Jacoby Symphony Hall has a single Lectrosonics Venue receiver mainframe that is fully loaded with six channels of their standard VRS receiver modules,” Frink reports. “Due to its flexibility, the 6-channel Venue is perfect for the vast majority of our Symphony Hall productions, which constantly vary in wireless requirements from conductor announcements, to narrators and actors, to pop vocalists, comedians and occasional solo instrumentalists, such as our presentation of the Preservation Hall Jazz Band.”

In order to provide the ‘right tool for the job’ so as to best capture the various instruments during the concert, Frink had quite a variety of microphones at his disposal. Due to what’s become an industry-standard screw-on capsule thread, the Lectrosonics HH handheld transmitters can be used with Lectrosonics’ HHC cardioid condenser capsules, as well as many other popular SM and Beta dynamic and condenser capsules.

In addition to the Lectrosonics HH transmitters, Lectrosonics LMa beltpack transmitters are often used in conjunction with Countryman E6i earset microphones as well as B6 and B2D lavaliere microphones. Frink commented on the LMa’s ease of use, “We have six Lectrosonics LMa beltpacks that employ dual 16-position rotary switches to adjust their frequency. These transmitters perform very well for us and, while changing frequency settings is really quite easy, we never change them since they never leave the building. By using simple 4-pin male to 5-pin female mini XLR adapters, we were able to easily accommodate the band’s request for Beta 98 mics with the LMa transmitters for the band’s six wind instruments.” 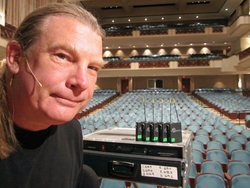 When asked about the Lectrosonics attributes he finds most compelling, Frink offered the following, “In a symphony hall, sound quality is of paramount importance because our audience is accustomed to natural, unamplified sound. Lectrosonics’ Digital Hybrid Wireless, compandor-free technology is preferred by wireless guitarists and by system engineers for wireless measurement mics. Further, the equipment is easy to use and is extremely reliable, so it inspires confidence.”

Frink was equally complimentary of Lectrosonics’ customer and technical support services. “Since Lectrosonics is so prevalent in broadcast and film production where there’s often no chance for a second take, the company’s technical support group treats each component as if someone’s job depends on it working perfectly.”

Before turning his attention to an upcoming project, Frink offered these final thoughts, “In symphony productions, wireless mics are frequently needed, but the specifics are often an afterthought. For this reason, sometimes it’s only at rehearsal that a decision is made to go with lavaliere, earset, or handheld mics. The flexibility that our Lectrosonics wireless equipment provides allows us to be ready for anything.”