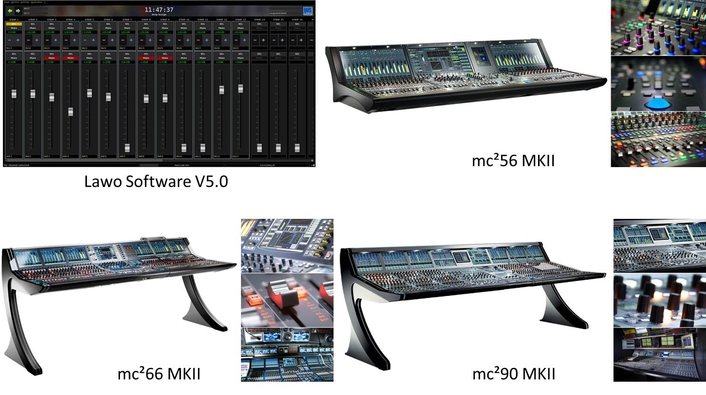 .
Software version 5.0 for all Lawo MKII mc² mixing consoles and routers will be available from 15th May. As with all Lawo software releases, version 5.0 is free of charge for all existing customers, and represents a major upgrade to functionality and operation.

AutoMix
Version 5.0 introduces the all-new AutoMix feature. In contrast to existing systems, AutoMix automatically balances mono, stereo and surround-sources for a variety of different applications. For talk shows or panel discussions, for example, AutoMix ensures users never miss a fader raise and always have the right mic open in time.

A completely new application would be to use AutoMix during the broadcast production of sports events and shows, where it can be used to mix the commentators and international sound, reducing spill from the crowd and avoiding sound coloration from mics when multiple commentators are working. In this application, the AutoMix works as gentle bi-directional ducking.

Automix does not take up additional processing power from the system – all DSP modules per channel remain available. Up to eight AutoMix-groups can be used per system, each with an unlimited number of contributing channels.

mxGUI faders
The Lawo mxGUI is a touchscreen-optimized software for monitoring and control of mc² consoles. With version 5.0 software, levels can now be adjusted via faders within mxGUI, making it a fully-fledged operating interface for the mc² series consoles, and allowing improved remote control workflows and use as a backup.

Ember+ integration
Release 5.0 also brings Ember+ integration to all mc² series consoles. The Ember+ self-discovering protocol (an initiative from the Lawo Group and L-S-B Broadcast Technologies) enables highly effective and custom integration of consoles from the mc² family with broadcast control systems such as VSM. Ember+ provides access to almost any parameters and allows users to edit individual settings and routings.

In addition to these main features, the new software introduces many smaller features and updates that all make life easier for mc² users in many ways.