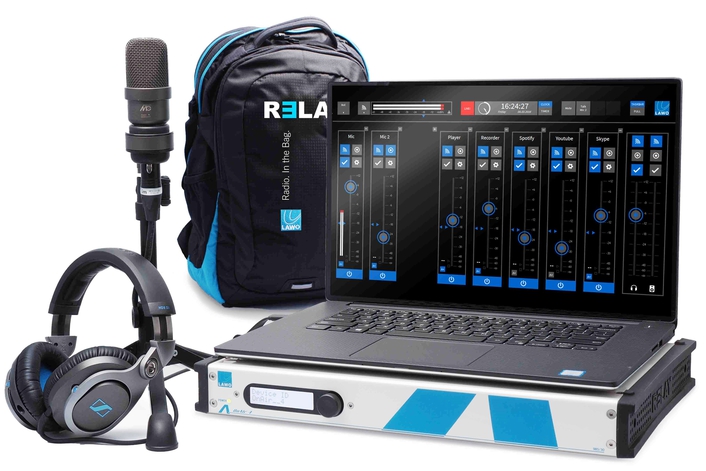 Lawo raised eyebrows and drew plenty of attention in Las Vegas with the introduction of RƎLAY Virtual Radio Mixer software at NAB 2016. So much attention in fact, that RƎLAY won a “Best Of Show” award for introducing broadcasters to the advantages of virtualizing radio studio technology.

RƎLAY is virtual mixing software that’s designed to make maximum use of today’s powerful laptop and desktop PCs. Taking advantage of computer virtualization technology adapted from the IT industry enables RƎLAY users to pack an entire studio’s worth of broadcast gear onto a single PC.

“You should have seen engineers’ eyes light up when they saw RƎLAY,” comments Lawo Radio marketing specialist Clark Novak. “The moment they realized that not just mixing, but other hardware like audio processors, phone systems, codecs and more could be replaced with software that all runs on a single PC, they began thinking of ways to simplify studios and cut costs using virtualization. It wouldn’t surprise me if all radio studios were built this way one day.”

RƎLAY is perfect for grab-and-go remote kits, field journalists, fast setup of on-location studios, webcasting, a replacement for aging studio hardware, or as a permanent personal studio at home. Bundles include RƎLAY VRX4 and VRX8 (4- and 8-fader mixer) software, paired with a compact Lawo OnAir 4 audio interface to supply mic, line, AES3 and RAVENNA / AES67 I/O. A heavy-duty RƎLAY backback with space for a laptop and other on-air accessories like mics and headphones is also included.