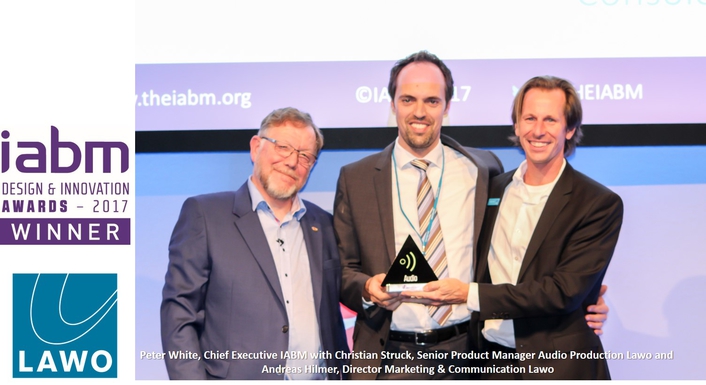 The winners of IABM’s sought-after Design & Innovation Awards were announced at IABM’s Awards reception on September 16, 2017 at the IBC Show. The judging was carried out by a panel of 40 independent, highly experienced industry professionals, each with specialist expertise in one or more of the awards categories.

The jury’s statement about the Lawo mc²96 console: “At last, a console that takes account of the fact that audio mixing for television requires the ability to see as well as hear an incoming source before taking the audio to air. A very exciting product that looks to be very intuitive to use.”

Proudly accepted was this award on the night by Lawo’s Christian Struck, Senior Product Manager Audio Production, and Andreas Hilmer, Director Marketing & Communication, expressing their gratitude to the jury and their views on the broadcast industry in transition: “mc²96 - Winner of the IABM Design & Innovation Award 2017! Thanks a lot to the judges for not only recognizing our audio heritage, but also honoring the pioneering integration of video. This award is going beyond audio - it's recognizing our industry's migration to unified infrastructures and new workflows enabled by the utilization of IP technology.” 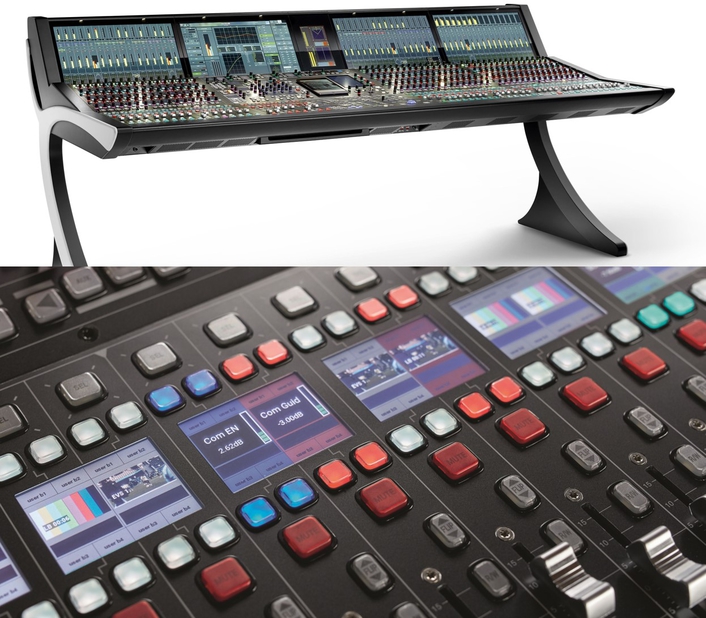 Addressing live broadcast and performing arts applications, the mc²96 offers a wide range of innovative mix-assist systems such as AfV, Automix and AMBIT upmix and is compatible with KICK 2.0, Lawo’s automated close-ball mixing solution for sports such as football, hockey and basketball.