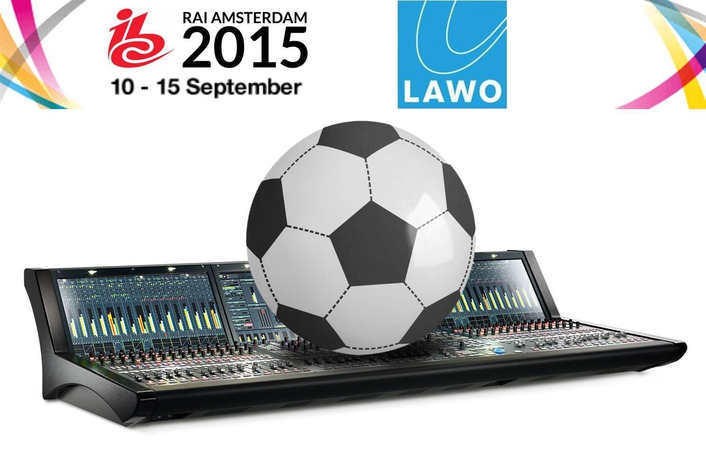 Lawo is set to premiere a new technology to heighten the production value of major sporting events, taking viewers’ in-game experience to new levels of excitement by enhancing the depth and intensity of their audio experience while significantly reducing production effort. This innovation will revolutionize the use of mixing desks in live sports production and will be presented to the public and press on the Lawo booth (Hall 8, B50) on Friday 11 September at 12am.

The company will also unveil its newest V__line product designed specifically for IP-based live remote production, featuring seamless frame-accurate switching of SMPTE 2022-6 video with enhanced “hitless” merging for network operational redundancy. Many other new products will be introduced, including a solution for low-latency IP video monitoring, new additions to the A__line family of compact 19-inch/1RU Audio-to-IP interfaces, and a new radio mixing desk.

Other Lawo innovations brought to IBC this year will include a cost-efficient, IP/MADI hybrid audio router – already field-proven at this year’s 14th July concert in Paris in front of an audience of 400,000. The new Nova router allows IP networks to instantly be established simply by adding DALLIS I/O systems, consoles and devices, providing access to all resources and busses on any integrated console.

Also on show, the mc²56xt is the youngest member of the mc² family of mixing consoles, offering the high-quality audio performance and features of the company’s successful mc²56 desk, while pushing the envelope still further by doubling the fader count within the same footprint. The xt model can be configured from 48 to 144 faders in a high-density, dual-fader layout which can be implemented at time of purchase, or modified in the field.

Lawo will also demonstrate the seamless integration of the Waves SoundGrid server with its mc² consoles, providing additional extensive real-time signal processing to run alongside the consoles’ internal processing engines. The system gives operators access to Waves’ comprehensive plug-in library, allowing them to control reverbs, multi-tap delays, graphic equalizers and multiband compressors directly from the console’s keyboard, rotary control and touchscreen – and to save and recall entire sessions.