Formula One ranks among the most exciting and appealing of international racing sports and demands that its television coverage keeps pace. With diverse broadcast requirements dictated by the variety of its courses and widely spread race locations, it is the perfect setting for some precision engineering from German technology company Lawo.

As an essential part of F1’s international profile, television airtime is considerably more extensive than a series of two-hour races spread across nine months of the year might suggest. Prior to the Sunday race, two days are devoted to free practice, followed by a day of qualifying. The outcome of three qualifying sessions determines the starting grid positions for the race on day three. F1 fans want to see all of the practice action and the qualifying, as well as gaining insights from behind the scenes.

All aspects of a race are broadcast live – including full coverage of night races in Singapore and Bahrain – with the drivers and mechanics using practice sessions to experiment with different setups for their cars, while strategists study options and alternatives. They first put everything they have learned into a fastest possible qualifying lap before taking on the full duration of the race. The devotion of F1 fans is such that they will watch all of this play out, and hang on every word of the commentary teams – often former F1 drivers themselves.

For TV broadcasting, the 2016 season has brought something altogether new – remote production.
Taking on TV production for Germany the 25th year, German station RTL aims to simultaneously reduce costs while advancing production quality. Key to this is locating the production control at the broadcast center operated by CBC (Cologne Broadcast Center) in Cologne rather than setting up a mobile facility at each track. Additionally, H.264 video compression is being used for signal transport to exploit the available bandwidth for transmission most efficiently.

“The idea of remote production is not really new to us and – due to the immense logistic efforts involved with F1 there have always been efforts to keep the on-location equipment as small as possible. For example, live-GFX [graphics] have always been added during broadcasting from Cologne – at short notice by the control room at the race location,” says CBC’s Production Engineer Fritz Behringer. “Recently, however, the infrastructure requirements have been established for implementing further elements of remote production. By using directional lines, the locations can now be redundantly – and economically – connected to the CBC. 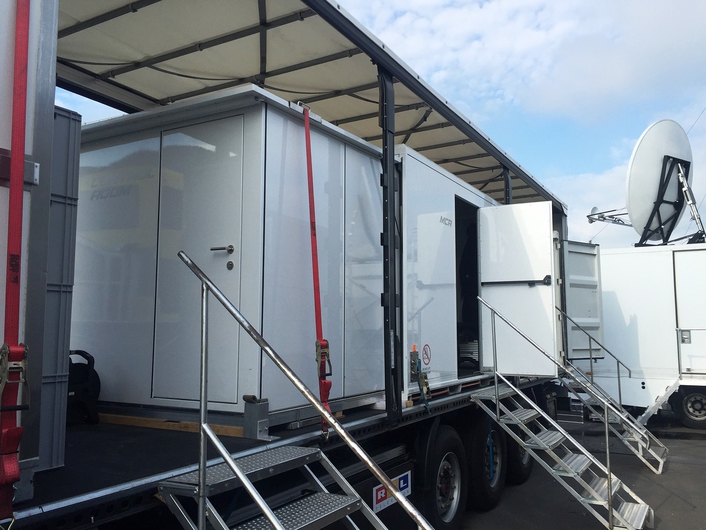 Essential to the remote production was a low-latency setup

With an MPLS (Multiprotocol Label Switching) network linking the race venue to the CBC facility, all live video and audio signals are delivered and made available in the control room in Cologne. This is achieved by using a Lawo Nova17 router and DSP engine plus an IFB mixer (all remotely controlled from Cologne), along with a Riedel intercom system.

File gathering and network control run in parallel using the same MPLS transfer. Production of the live races and accompanying coverage is managed using a touchscreen remote control for the IFB mixer, as well as a Lawo mc² audio mixing console in the CBC production control room. “On-location” production support comes from a video server with replay functionality.

“The main task was to find connectivity that could bring all relevant live signals and ENG-footage to Cologne – it was important to keep the performance and quality at least on the same level as before,” Fritz Behringer explains. “The second big issue was the handling of signal delay, originating from distances and codec latencies.” For checking the viability of the remote production concept, RTL hosted a test broadcast under real-world conditions. All the signals were sent around the globe once and the staff involved ran through all workflows to ensure that despite the considerable distances the interaction between control room and cameras and among the broadcast team did not suffer from delay issues.

With two months to go before the first race, the equipment was set up at _wige’s headquarters, the “on-site” production partner of RTL and CBC. This general rehearsal included testing the fiber connection to the control rooms at CBC.

Essential to the remote production was the low-latency IFB mixer setup, running on a Nova17 router and operated with two VisTool panels – one on-site for setup and testing and the second for the Sound Supervisor in Cologne to manage the EQ, dynamics, dimming, and other processing. In case of a failure of the MPLS network, VisTool provides fader access to provide a simple emergency mix. 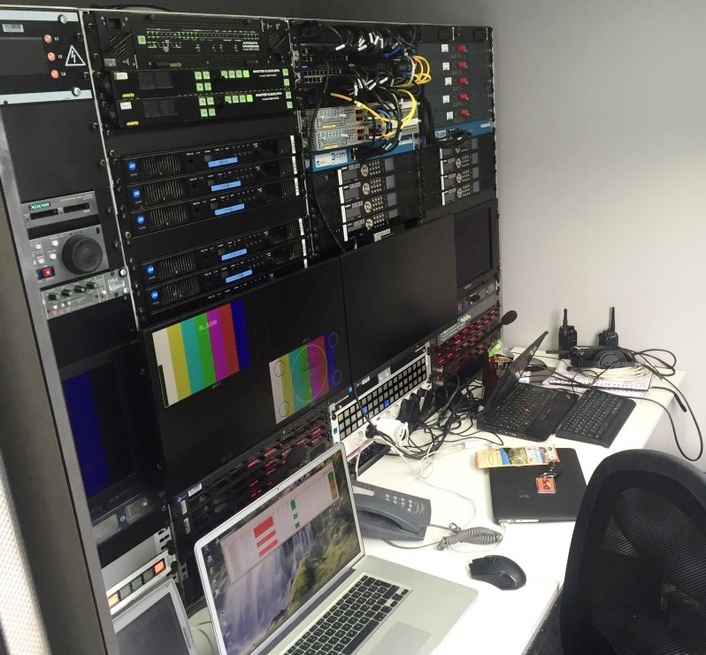 For TV broadcasting, the 2016 season has brought something altogether new – remote production

Usually the Nova17 is remotely controlled from the Lawo mc²90 audio console at the audio control room in Cologne, with virtual GPIs flying over the network to the racetrack. This setup provides a perfect low-latency audio mix for presenter, reporter and two interviewees in the pit lane or paddock, and two race commentators. A VSM (Virtual Studio Manager) system on-site controls all routings in the local SDI router, the Nova17 and Lawo V__pro8 processor, which is used for video and audio.

The new production operation went live-to-air from the first race of the season at Melbourne’s Albert Park circuit. Having visited the Middle East, China, Russia, Europe, and North America, the remote setup has proved itself both capable and reliable throughout.

“Besides the pure signal transport, the main focus was on the functionality of equipment and mainly on workflows so that everybody in the team became aware of the different handling of the production, especially the communication between venue and the Cologne production center,” adds Fritz Behringer. 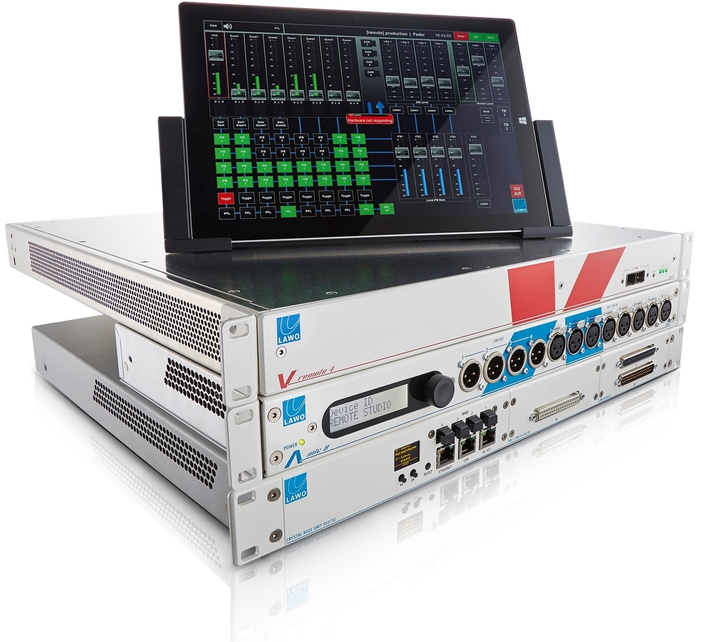 “The Formula One implementation is a very strong demonstration of how all Lawo products are able to exchange signals via IP using common control and offering the customer an integrated solution. In front of the cameras, the reporters were unaware of any changes to their work as a consequence of using remote production. All talkback and TB mixes were as good as those from a conventional production with OB van or container control room,” concludes Felix Krückels, Lawo’s Director of Business Development.