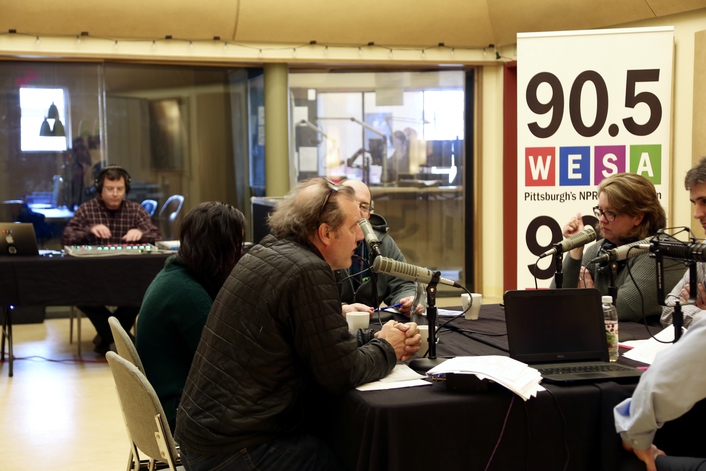 AutoMix is an intelligent algorithm which allows microphones, phone callers, remote guests and even music playout, to be mixed automatically by the console. It’s especially effective in multi-mic situations, where AutoMix rides gain on mic channels for the perfect blend of host and guest presence — a particularly desirable feature during fast-paced, highly interactive discussion programs. And when guest mics aren’t in use, AutoMix reduces the gain on those inputs to virtually eliminate room noise, echo and comb filtering for a noticeably improved listening experience.

“A program featuring six people on-mic at the same time was the perfect way to demonstrate the abilities of AutoMix,” says Bennett. “We assigned the mic channels to two separate feeds; the first mixed manually, and the second with AutoMix, and recorded both mixes to compare later.” Bennett ran the board himself.

“The results were very clear-cut. The manually-mixed audio has very noticeable phasing and echo, because so many mics were open in a very large studio. This is nearly impossible to eliminate with conventional mixing – the board op simply can’t respond to changing levels on multiple faders with split-second accuracy.”

But, says Bennett, the AutoMix audio was markedly different. “It was like we moved from an echo chamber into an acoustically perfect studio. No phasing, no echo, and no room noise. And all mic levels were perfect, without up-cutting or artifacts. The difference with AutoMix was dramatic!”

Audio clips can be compared at www.r3lay.com/all-about-automix .

AutoMix is a part of many Lawo radio mixing consoles, including the new ruby surface which debuted at NAB 2017. Other Lawo physical and virtual radio solutions include sapphire, sapphire compact and crystal mixing surfaces, crystal CLEAR and RƎLAY Virtual Radio Mixers, and advanced VisTool GUI-builder software, all designed to provide more capability for less cost.