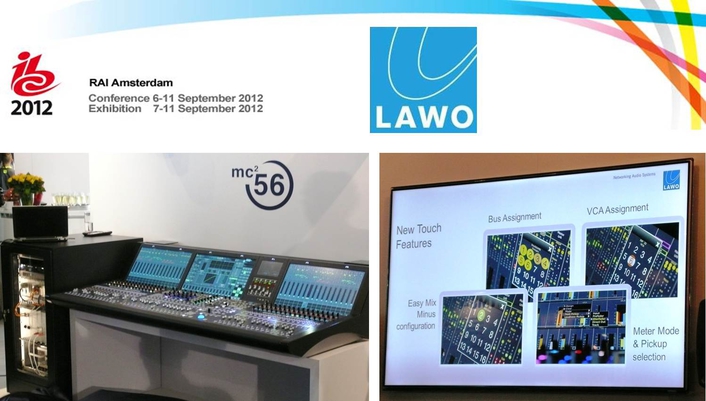 As part of the mc²56’s enhanced functionality, the new console also provides expanded, simplified touch operation—making workflow more intuitive. This applies to operational aspects such as VCA allocation, bus assignment, meter pickup/mode select, and mix-minus configuration. This enhanced operation is further accentuated by the console’s new button-glow provisions for color-coding the channel strips. Similarly, the new mc²56 provides Illuminated rotary knobs for an even better overview—all of which makes it easier for the operator to visually keep track of one’s mix—even in low light conditions.

In the areas of monitor and metering, the new mc²56 takes the end user experience to the next level. Now with permanent metering of the 16 central faders, the console also adds Local I/O’s that are newly integrated into the mixing console surface. Wherever monitoring or metering, headphones or talkback are required, operators can now simply connect one’s vital third-party devices directly to the console, further streamlining workflow. 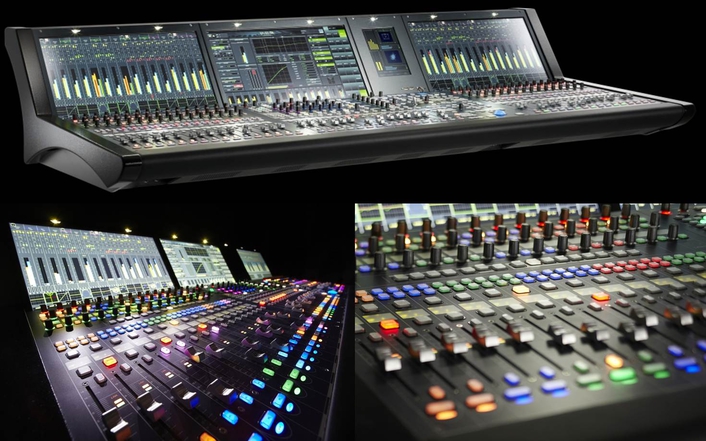 The Overbridge now features an integrated Reveal Panel—making it easier, for example, to identify the components of a 5.1 surround mix assigned to an individual fader.

In addition to the aforementioned new features, the mc²56 offers a wealth of core functionality that has made Lawo’s mc² Series production consoles the envy of the professional audio world. The mc²56 provides full support of RAVENNA technology for real time processing of audio signals in IP-based networked environments. With as many as 256 I/O’s per CAT-5 line, this capability not only conserves precious space in, for example, an OB van; it also provides greater cost efficiencies.

The new mc²56 console offers a wealth of DSP power—with support for upwards of 888 channels. Users will also appreciate Lawo’s AMBIT upmix tool that offers the ability to convert stereo sources to 5.1 surround, with fully 100% compatible downmix capability. There is also full support for Lawo’s Loudness metering functionality, which is designed to help eliminate jumps in audio loudness between different TV/radio programs or during a single program.

Christian Struck, product manager mc² series and actively engaged in the design of the second generation mc²56 console, offered the following comments. “The new, second generation mc²56 represents a dramatic step forward in overall functionality and enables operations to accomplish more with even greater efficiency. With frames ranging from 16 – 80 faders, surround sound with hyperpanning, and so much more, this desk represents an ideal mixing environment for a wide range of mission critical audio applications. I’m confident this new console will be well received by all who sit down at the controls.”

To learn more about Lawo new mc²56 production console or to arrange to speak with a Lawo representative, contact your regional distributor or authorized re-seller.

Lawo AG
Lawo is a manufacturer of digital audio networking systems and consoles for a wide range of applications from small to large scale audio production in television and radio, post production, and live sound. Established in the 1970s, the company’s manufacturing center is located in the Rhine valley town of Rastatt, Germany.