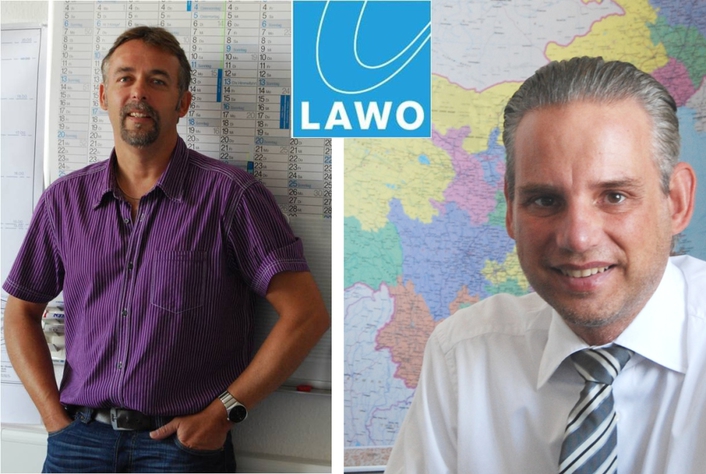 Rainer Litfin and Gregor Erlitz take on new responsibilities
Rainer Litfin and Gregor Erlitz have been given responsibility for the overall coordination of sales in their respective spheres of activity within Lawo’s sales department. The creation of these two new positions was a direct result of Lawo’s continuous growth and their products’ sustained worldwide popularity.

Rainer Litfin, a long-time Lawo employee, has filled the position of ‘Director of Sales Germany/Austria’. Having worked for Lawo since 1985, Litfin developed high system expertise in his main areas of responsibility: ‘Test Bay and Commissioning’ and ‘Service and Support’ – including every stage of manufacture from hardware to the configuration of all Lawo consoles, regardless of the product generation. Having transferred to the sales department in 2003, he worked with German and international customers for three years. Following the geographical restructuring of the sales department in 2006, Litfin has been exclusively responsible for customers in Germany and Austria.

Gregor Erlitz, having worked for Lawo for five years as a sales engineer focussing on international projects, has now been appointed ‘Director of Sales Northeast Asia’. The creation of this new position became essential due to the Asian market’s high dynamics and the associated increasingly complex and successful business relations. By this means, Lawo can now react to their Asian customers’ needs more quickly and effectively. Due to the growing importance of Asia’s emerging markets, Erlitz has, since 2006, been focusing predominantly on the support and development of business relations in China and Japan.