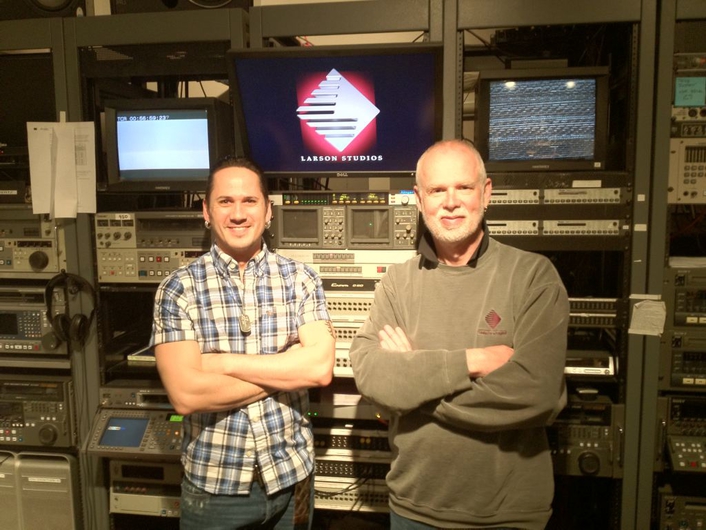 Chris Unthank and Dave Dundorf solve the its CALM Compliance issue with Jünger Audio T*AP
The need to comply with the recently introduced CALM Act on broadcast audio loudness has led Hollywood-based Larson Studios to invest in two Jünger Audio T*AP Television Audio Processors. These have now been installed in the facility’s transfer rooms where they are already proving invaluable in terms of saving time.

Prior to investing in Jünger Audio’s T*AP units, Larson Studios conducted its own research into available loudness control products and reached the conclusion that T*AP offered the best all-round solution.

Larson Studios delivers product to all major broadcast and cable networks and, as an extremely busy facility, does not have time to constantly re-deliver audio material that doesn’t comply with the regulations specified by the new CALM act.

“Before we invested in the T*AP processors, we were wasting hours fixing shows that were being rejected because they were one tenth of a dB out,” Dave Dundorf adds. “These units have not only saved valuable time but they also allow us to deliver audio material that sound as good as our customers expect.”

Primarily designed for TV playout, T*AP focuses on automatic and adaptive loudness control, Upmix and surround sound processing for up to eight channels of audio (8x1, 4x2, or 6+2). Optional Dolby Decoding and Encoding (D, D+, or Pulse), as well as metadata management, are also provided along with 5.1 Downmix and Jünger Audio’s 5.1 UPMIX circuit.

Major broadcasters around the world are choosing these products because they allow loudness consistency to be maintained in a very easy and cost effective way – and without any detrimental effects on sound quality.

Larson Studios’ T*AP units were supplied by Jünger Audio’s US distributor Group One. According to Dundorf, they have completely solved the facility’s CALM compliance issues.

“Now, when we receive a client delivery spec, we know we will meet it exactly, quickly, accurately, and with minimal negative change to the original mix. We are using T*AP on all deliverables from both our facilities and we are very happy with their performance,” he says.