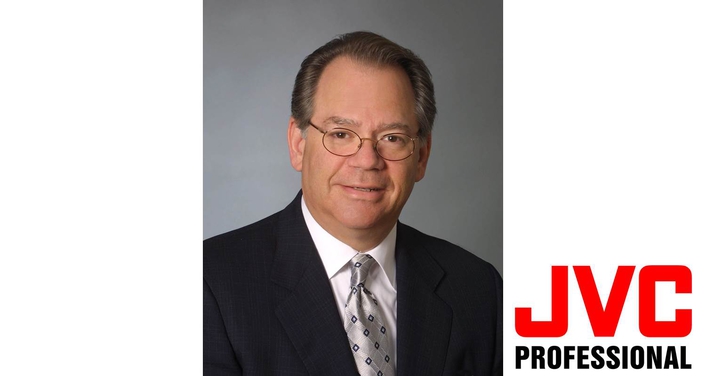 JVC Professional Video, a division of JVCKENWOOD USA Corporation, today announced Larry Librach, senior vice president of JVC Professional Video, will retire from the company, effective Jan. 30. During his 34-year career, he established JVC as a leader in broadcast HD camera and monitor sales, and helped launch the era of IP-based newsgathering in 2012 with the 600 Series of ProHD cameras.

Librach started with JVC in 1983 as a district sales manager in the Midwest. He was promoted to regional manager before taking a national sales role with the company. At a time when JVC was not considered a major product supplier for television news outlets, Librach helped establish the company’s Broadcast Division through extensive networking with network and station group executives. His efforts helped shape JVC’s ProHD product line to meet the needs of broadcasters.

During his tenure as vice president, Broadcast and Public Sector, JVC became a major force in broadcast news, helping stations transition from SD to HD production as well as from tape-based acquisition to a solid-state workflow. Most recently, his vision guided JVC's development of in-camera IP-based newsgathering. As senior vice president of JVC Professional Products, he was an integral part of the recent launch of the 4KCAM product line.

“Larry has been a leader in our company for more than three decades, and has helped JVC become a leading manufacturer in the broadcast market when few thought there was room for new competition. We thank him for all his hard work over the years and wish him well in retirement,” said Mr. Osamu (Sam) Muraoka, Deputy CEO, Audio/Video Division, JVCKENWOOD USA Corporation.

ABOUT JVC PROFESSIONAL VIDEO
Headquartered in Wayne, New Jersey, JVC Professional Video is a division of JVCKENWOOD USA Corporation, a wholly-owned subsidiary of JVCKENWOOD Corporation. The company is a leading manufacturer and distributor of broadcast and professional video and audio equipment, as well as D-ILA front projection systems.