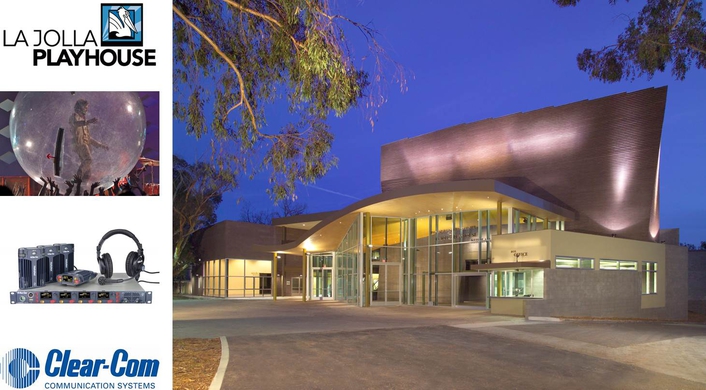 “Using the HelixNet system is a game changer for our productions,” says Joe Huppert, Sound and Video Master, La Jolla Playhouse, UCSD Department of Theater and Dance. “The stability of the system and the confidence that it inspires is mind-blowing.  La Jolla Playhouse often hosts guest stars and creative teams from Broadway that have high expectations of their production experience. Our objective is to consistently exceed their encounter on Broadway, including communications. HelixNet has helped us achieve this goal.”

“The linking capability is really important to us,” adds Huppert. “We get requests from designers who would like to have all the key production areas on the intercom. We used to be short on delivering this. Now we are using 10 channels and it’s just phenomenal. The best part is that it only took seconds to set up the intercom for this production.”

The simple configurability of HelixNet also allows the theater staff to move the system as needed between each of the five theater buildings, which seat anywhere from 50 to 600 guests. Since HelixNet is compatible with other four-channel systems, the La Jolla Playhouse team can link up with intercom solutions from traveling productions, or increase its number of users by connecting to its existing legacy systems.

Switching to HelixNet has not only gotten the attention of the world-class production teams that the Playhouse works with regularly, but has also saved the theater a significant amount of time and effort in setting up the intercom for all of its productions. The audio team no longer needs to run new cables, reconfigure and test systems, or check the labels of every beltpack, which previously would take hours after every changeover or new production setup. Additionally, if the production team heard even a slight hum or buzz in the analog system, more time would be spent tracking down the source of the noise, which could be something as simple as the cable running over a little light. HelixNet has eliminated all of these issues for the venue.

Founded in 1947 by Gregory Peck, Dorothy McGuire and Mel Ferrer, the Tony Award-winning La Jolla Playhouse is known for its tradition of creating some of the most exciting and adventurous new work in regional theatre. Numerous Playhouse productions have moved to Broadway, including the currently running hit Jersey Boys, as well as Big River, The Who’s Tommy, How to Succeed in Business Without Really Trying, the Pulitzer Prize-winning I Am My Own Wife, Thoroughly Modern Millie, Memphis, Peter and the Starcatcher and Hands on a Hardbody. Together with the Old Globe Theater in San Diego, La Jolla Playhouse has a reputation for sending more shows to Broadway than all other theaters in the country combined. This high level of exposure means that the playhouse must make sure its venues and technologies are kept to the highest standards of performance. The University of California, San Diego is one of the world’s leading public research universities. 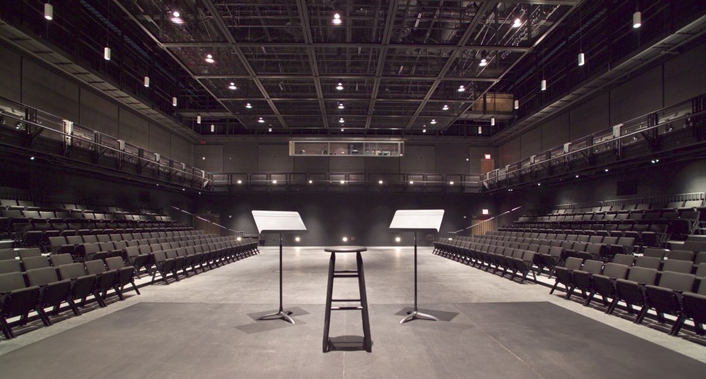 Clear-Com, an HME company, is a global provider in professional voice communications systems since 1968. We develop and market proven intercom technologies such as Analog & Digital Partyline, Digital Matrix, Wireless and Intercom-over-IP systems for critical communication applications in broadcast, performance venues, military, government and enterprise markets. Recognized for our legacy of intercom innovations, production teams around the world have come to depend on Clear-Com for clear, reliable and scalable communications solutions.