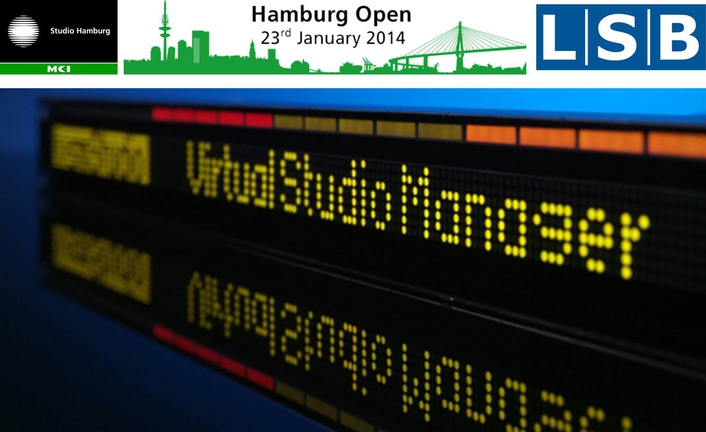 .
On 23 January 2014 L-S-B Broadcast Technologies will be at the MCI Open House in Hamburg to present its VSM system. VSM is the leading broadcast control and monitoring system and the manufacturer will be on stand 3.18 in studio A3 to demonstrate how it works and explain its basic capabilities.

L-S-B Broadcast Technologies GmbH is based in Wiesbaden and leads the way in the manufacture of control systems for radio and television production. On 23 January 2014 the company will demonstrate the key features of its Virtual Studio Manager (VSM). Whether for 4K, remote production, streaming, signal path visualisation or multi-channel broadcasting, VSM provides users with a flexible toolbox, enabling them to satisfy a wide range of demands, simply, individually and cost-efficiently. The VSM is manufacturer independent and thus its system structure facilitates the integration of a wide range of processes for production and broadcasting. Its main application areas in the fields of television and radio are studio environments, master control rooms (MCRs), mobile production and remote production environments. In an operational environment control and monitoring is achieved through individually configured GUIs that also represent streams in real time.

For the MCI Open House event the stand will simulate an MCR environment with two studios and demonstrate many aspects of VSM use in practice. In addition there is a representation of a virtual studio that can be used as a rehearsal studio.

MCR and studio environment
In the MCR environment the VSM manages the OnAir and rehearsal requests and monitors the signals and devices. The third studio is conceived of as a virtual resource and in this case it serves as a planning studio in which the workflows are created and tested. The VSM’s boxing function enables these workflows to be transferred to any other studios on the trade fair stand. In normal operation the ‘boxing’ function is capable of storing hardware and software configurations of complete studio and production units as a single entity for retrieval with the press of a single button. In a production environment this enables every available studio to be used as a back-up studio – even when the hardware installed is different. ‘Boxing’ is therefore the ultimate solution in cases of system failure or recovery. With this function, for example, it is possible to prepare productions in studios that happen to be available at the time, while the actual production can take place subsequently in another studio. It only takes the press of a button to transfer the settings from one studio to the other. 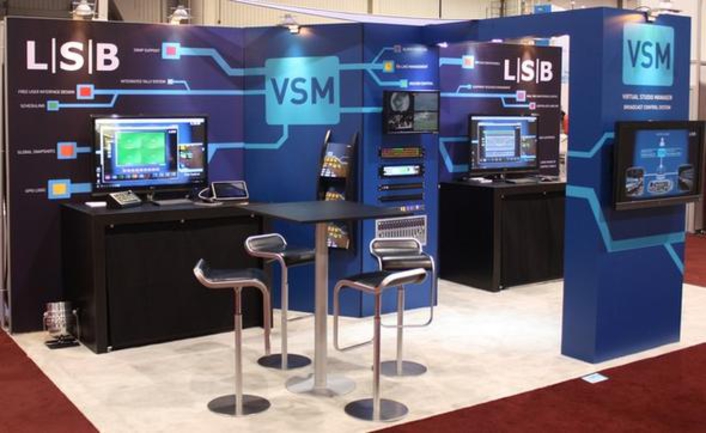 Another important function of the VSM in the MCR environment is ‘pooling’ which makes it easy to simplify and automate signal management within a MCR. Often the processing of video signals with different formats and frame rates makes routing in a MCR difficult, since it requires the inclusion of format converters from a ‘pool’ of available devices between signal source and target. The VSM automatically recognises all the devices in the system and simplifies and automates the way these devices (e.g. frame synchroniser) are handled by integrating them dynamically in the signal path out of this pool. Should one of the selected devices fail, the VSM automatically re-routes the signals to other devices in the pool without requiring any intervention from the operator. The device that has failed is identified as faulty is no longer available until the fault is remedied. Other studio setup features of the VSM that can be seen on the stand include the routing of video signals, tally, labelling, intercom control and Black Magic Hyperdeck Studio control.

Visit L-S-B Broadcast Technologies at the MCI Hamburg Open (23 January 2014) on stand 3.16 and see for yourself what the VSM can do.

L-S-B Broadcast Technologies GmbH, Wiesbaden (Germany), is the leading manufacturer of control systems for radio and television production. The company’s core product is the IP-based Virtual Studio Manager (VSM), a universal control system. As a single-source solution, VSM works independently of any single manufacturer and thus represents a flexible and powerful answer to technical challenges in the fields of production and broadcasting.
Founded in 2003, L-S-B Broadcast Technologies can draw on an excellent worldwide sales network. A staff of 35 at Head Office in Wiesbaden is responsible for management, project implementation, services and software and hardware development