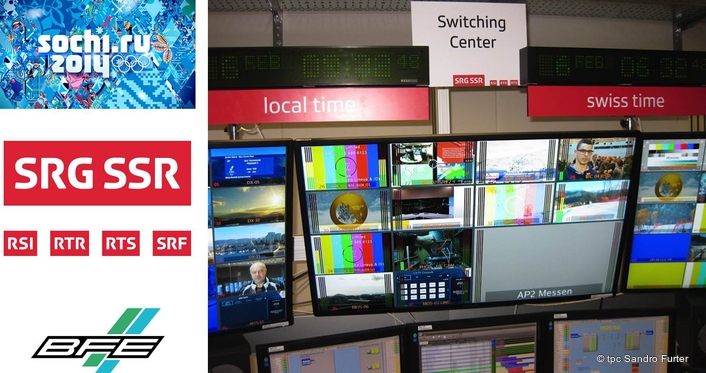 .
The central demand to have the required space for the complete equipment of the GOP switching center with a few racks only, the conditions for the whole system were set at an early stage. In two workshops, the SRG BUS (Business Unit Sports) project group and the BFE KSC team analyzed the workflows to be mapped in the mobile controller system. In addition to the German-speaking Swiss television SRF also RTS (French-speaking) and RSI (Italian speaking) have been fully supplied by the KSC system of the switching center which is designed for a highly available 24/7 operation.

All bookings for events and circuits are created and maintained in the SRG-own planning tool for the previous day. These booking data are imported into the KSC Manager system and are then available to the operators in the switching center as timed circuit bookings. However, not only the pure circuit data is created in the KSCC system, but also virtual circuits with graphical representation are created automatically. These circuits are then completed as required by the operators, or processing settings of frame synchronizers and color correctors are made.

All broadcast devices in the switching center can be controlled manually on both the interactive KSC Circuit surfaces or the operating units. The complete label management for all control panels, KVM and multiviewer is the responsibility of the KSC Controller system. Controlled devices: Harris Router incl. HView multiviewer, Stagetec Nexus, Ihse KVM, Lynx PVD, Snell IQ, etc.

In the external areas of the switching center and the House of Switzerland permanently updated event sources through freely configurable control panel surfaces were placed for the producers and ingest places. The assignment is done automatically by the KSC system representing only sources of currently running events (reservations) on the control panels - an important aspect for the producer to focus on the most important events.

Due to the limited rack space, it was decided to do without a intercom matrix for the switching center. The Intercom functionality of producer places to commentators is implemented via the KSC Commander system in combination with a Stagetec Nexus audio router.

The total of 24 multi-functional KSC operating units from the BD-IS series are not only used for routing functions on the three routers, but also as an intercom panel with talk/list function and with a level function for summing monitoring.

With this solution, a concept has been implemented which allows each producer to communicate with each commentator in one of the four national languages in Switzerland.

Following the Olympic Games, the technique goes on tour for the next major sporting event: For FIFA World Cup in Brazil. 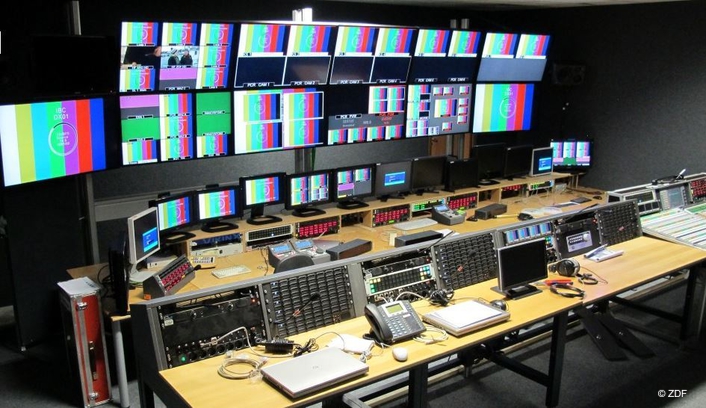 BFE Studio und Medien Systeme GmbH is a manufacturer-independent broadcast systems integrator with more than 40 years of experience in the planning and implementation of complex projects in broadcast and media technology. As a competent and reliable partner, it supports customers in Europe, Asia, North Africa and the Middle East, implementing system solutions tailored to their specific requirements. As manufacturer of its own KSC product line, BFE also markets control and management solutions for the professional television and radio industry. BFE’s branch office in Dubai Studio City supports activities in the GCC region.